Discrimination Against Black and Latino Farmers

The number of black farmers in the United States has been declining at a rate three times that of white farmers. Many black farmers, as well as native American and Latino farmers, are pointing the finger at the US Department of Agriculture, who they say discriminates against minority farmers, especially in the crucial area of loans.

Recent protests by farmers have sparked a flurry of activity at the US Department of Agriculture. Secretary Dan Glickman has instituted a series of listening meetings with black farmers nationwide, temporarily blocked all foreclosures and created a special civil rights task force to investigate claims of discrimination. 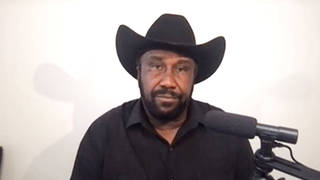