The World Trade Organization convenes today in Geneva for its seventh ministerial. Investigative journalist Greg Palast files a report from Geneva, where he interviews WTO director-general Pascal Lamy to see how much the organization and its priorities have changed over the past ten years. [includes rush transcript]

JUAN GONZALEZ: Ten years ago today, tens of thousands of global justice activists, environmentalists, union members and anti-capitalist activists helped shut down the World Trade Organization in Seattle. Today the WTO is convening once again for a ministerial, this time in Geneva, Switzerland. Protests began on Saturday, and police fired tear gas and rubber bullets into a crowd of an estimated three to five thousand demonstrators, arresting thirty-three people who were allegedly involved in breaking windows, looting and setting cars on fire.


AMY GOODMAN: Well, investigative journalist Greg Palast traveled to Geneva ahead of this week’s talks. He met with the WTO director-general Pascal Lamy to see how much the organization and its priorities have changed over the past ten years. As protests mount in Geneva today, we turn to Greg Palast’s report, produced for Air America and Democracy Now!


GREG PALAST: They’re chanting, ”WTO has got to go.” It’s November 1999. Ten years ago this week, tens of thousands of protesters took to the streets for the Battle of Seattle. Their goal: to shut down the World Trade Organization, the WTO, the official international enforcer of the New World Order’s free trade regime.


Nineteen ninety-nine, and it was the year of globalization. Enron’s Ken Lay was the Elvis of the new free market. The stock market hit an all-time high, could never go down. Investment bank Goldman Sachs created a new market for something called derivatives, and US Treasury Secretary Robert Rubin had just deregulated America’s banks. Rubin would resign and, for a fee of $100 million, join Citigroup, the bank deregulation had allowed to grow into the safest financial institution in America, simply too big to fail.


The protesters in Seattle, said Thomas Friedman, were nothing more than ridiculous flat-earth yuppies looking for their 1960s fix. History was over.


This is Greg Palast for Air America’s Ring of Fire and Democracy Now!


Ten years after Seattle, history, hardly over, is repeating itself here.


Welcome to Switzerland, land of milk maidens and cheese fondue. And this is Geneva, home of dictators’ numbered bank accounts and the World Trade Organization.


This week, on the tenth anniversary of the Battle in Seattle, the WTO is meeting once again, here, to finish what the protesters halted: a push for a new free trade treaty. And in this gilded, elaborate building, we’re meeting with the man the protesters would call “the Generalissimo of Globalization,” the director-general of the World Trade Organization, Pascal Lamy. The World Trade chieftain, who is also director-general of French bank giant Crédit Lyonnais, assures me that the WTO is not a secret society of corporate plot hatchers.


PASCAL LAMY: So it wasn’t created just, you know, for, again, this sort of dark club of multinationals secretly cooking plots against the people. We do things in the open. Look at our website. Governments negotiate in the open.


GREG PALAST: But we got our hands on a document you certainly won’t find on the WTO website, something very confidential: a secret demand of the European Union and USA, leaning on emerging nations to open their borders to trade in financial derivatives and exotic, even toxic, financial products. I read to Lamy the confidential document. It begins with praise for free markets and derivatives and more, what the WTO calls “liberalization.”


“Liberalization of services is of benefit for all members, including developing and least developing countries.” Given what’s just happened with the financial crisis, isn’t that kind of insane?


PASCAL LAMY: All depends on what you mean by “liberalization,” which, by the way, is a very ambiguous English word.


GREG PALAST: But there was nothing ambiguous about the 2008 meltdown.


By the end of 2008, we saw the world on its knees, because financial barriers had fallen so that when you have a housing market in California die, you end up losing Iceland, you end up with auto plants closing in the UK, because the barriers did not stop the disease from spreading very, very rapidly.


PASCAL LAMY: Interdependence is a reality, and this interdependence has a lot of good sides, about freedom, about human rights, about technology, about media, about political civil liberties. It’s a huge plus for fundamental values, for at least a part of the human population. So, openness, interdependence is not something we should rewrite. Stepping back, closing, going back to the Middle Ages will not work.


GREG PALAST: Lamy says, “Don’t blame open trade for the spread of the bank crisis, blame a lack of regulation.”


GREG PALAST: Then the banker likens derivatives to a mad cow.


PASCAL LAMY: A sick cow in today’s world doesn’t cross borders, because this is regulated. Financial activities are exactly the same, except that, in this case, toxic financial products could cross borders without any problem.


GREG PALAST: But under WTO rules, there’s a catch. If a nation dares close its borders to mad toxic assets, that nation will have to pay a huge price.


PASCAL LAMY: There is a price to pay to claw back, but remember that —


GREG PALAST: What is the price? I don’t understand.


PASCAL LAMY: Well, I mean, if you claw back, if you close a market which you had opened, then the benefits which you’ve gotten in other markets for the price of opening your market will be rebalanced.


Let’s talk banks and bananas. The President of Ecuador told me he’d like to get out of the globalization jungle. But if Ecuador dares to bar US banks, the WTO will let the USA stick a tariff onto every banana imported from Ecuador. If the US tallies those bananas, Ecuador’s economy will go splat!


There are no banana boats here on Lake Geneva, but down the shore from the elegant WTO are the modest offices of the defender of fifty-one banana-exporting and other poor countries.


We’re here at the South Centre to meet Martin Khor. Martin Khor, who’s from Malaysia, is stunned that the US and Europe, watching their own banks collapse from financial speculation, would force the third world to open their borders to these same failed practices.


Well, down the street at the World Trade Organization, Pascal Lamy says he’s pushing hard to open up trade in financial services. What’s wrong with that? Why not let big hedge funds in with their credit default swaps and their derivatives?


MARTIN KHOR: Because we have seen how Wall Street has been devastated and how Main Street has been devastated by these so-called new financial instruments with huge leverage, with devastating consequences, with booms and collapses. And if the United States is unable to regulate these financial instruments, how do you expect small countries to regulate, if we open up ourselves to these same weapons of mass financial destruction?


GREG PALAST: Khor, an intellectual leader of the protesters in Seattle, remembers how his warnings were dismissed ten years ago.


MARTIN KHOR: At that time, it was seen that, at least by the powers to be, that these huge financial institutions could do no wrong. They were the masters of the universe, and they should spread their wings all over the world, especially to the developing world, because they could bring money and power and new financial instruments and revolutionize the financial sectors in developing countries.


GREG PALAST: He’s concerned that these masters of the universe have learned nothing from the decade’s disasters.


MARTIN KHOR: If I were Mr. Obama or Mr. Brown, I would tell my financial services organizations, “Please lay off the developing countries. Let’s get our own act together. Let’s learn the lessons ourselves of where we have gone wrong and reinvent finance, before we tell the rest of the world to continue to replicate a model that has been found to be dysfunctional and doesn’t work anymore.”


GREG PALAST: When the WTO meets today, will they listen to Khor or party like it’s 1999?

The Battle of Seattle 10 Years Later: Organizers Reflect on 1999 Shutdown of WTO Talks and the Birth of a Movement

NEXTThe Battle of Seattle 10 Years Later: Organizers Reflect on 1999 Shutdown of WTO Talks and the Birth of a Movement 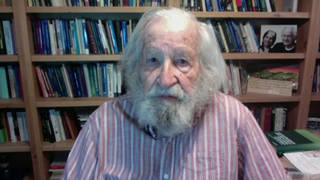