Large anti-government protests are scheduled to take place across Thailand Sunday on the fourth anniversary of a military coup that ousted Prime Minister Thaksin Shinawatra. The protests are being organized by the so-called Red Shirts, who have called for new elections and for the Thai parliament to be dissolved. We speak with a prominent dissident from Bangkok named Sulak Sivaraksa. He won the Right Livelihood Award in 1995 for his vision, activism and spiritual commitment in the quest for a development process that is rooted in democracy, justice and cultural integrity. [includes rush transcript]

AMY GOODMAN: We’re broadcasting from Bonn, Germany. It’s the thirtieth anniversary of the Right Livelihood Awards, and many of them have gathered here to talk about their work and their continued mission.


Well, in Thailand, large anti-government protests are scheduled to take place across Thailand Sunday, on the fourth anniversary of a military coup that ousted Prime Minister Thaksin Shinawatra. The protests are being organized by the so-called Red Shirts, who have called for new elections and for the Thai parliament to be dissolved.


I’m joined here in Bonn, Germany, by a prominent dissident from Bangkok. His name is Sulak Sivaraksa. He won the Right Livelihood Award in 1995 for his vision, his activism and spiritual commitment in the quest for a development process in Thailand that’s rooted in democracy, justice and cultural integrity. He has been imprisoned a number of times. He’s returning to Thailand.


AMY GOODMAN: Before we talk about what is happening there, I’d like you, as a Buddhist, to explain the term the “Right Livelihood” Awards.


SULAK SIVARAKSA: In Buddhism, the basic thing the Buddha taught is known as the Noble Eightfold Path, starting with right view —-


AMY GOODMAN: And what does “right livelihood” mean?


SULAK SIVARAKSA: It means that whatever you do for your living must not be harmful to yourself and others.


AMY GOODMAN: So, let’s talk about what’s happening in your country. I keep referring to Thailand, but you don’t refer to it as Thailand.


SULAK SIVARAKSA: Official name is Thailand. But this was imposed on us when a dictator was running the country. And he uprooted us. He made us wear Western dress. He wanted us to follow the West blindly. And at that time, the West mean Germany and Hitler, Nazism. And he claimed that the country belonged to the Thai, which is not true. The Thais are a majority people in the country, but we also have the Malay. We have also many other ethnic groups. The country, until then, 1939, it was called Siam, which means the Land of the Brown People, the Golden Land. And I think Siam is more neutral term. That’s why I don’t use the word Thailand, nor I obey dictators.


AMY GOODMAN: So, explain what happened in World War II. So, the dictator allied your country with the Nazis?


SULAK SIVARAKSA: Germany, Italy, under fascism, Japan, under military dictatorship. Luckily, we had a regent, who represented the king, who organized the Free Thai Movement collaborating with the allies. That’s why, after the war, we were not punished, unlike Italy, Germany and Japan. We even joined the United Nations before Sweden.


AMY GOODMAN: And so, what has happened to your country most recently? Explain this anniversary that’s coming up on Sunday.


SULAK SIVARAKSA: Well, this also linked to the regent who organized the Free Thai Movement. He also introduced democracy to Siam in 1932. Then, unfortunately, sixty-four years ago, the king, the last king, Rama VIII, was found dead in the royal bed chamber. And people accused him of regicide. They chucked him out of the country.


AMY GOODMAN: They accused him of killing his brother?


SULAK SIVARAKSA: That’s right, of killing the present king’s brother. Mr. Pridi was then prime minister. He was a wonderful man. He was a natural leader. He was one who cared for the people. So, since then, we have so many coup d’états. And every coup d’état, of course, it helped the military. It never helped the people. And the last coup, four years ago, I think people regarded that as the last straw. That’s why they are demanding democracy without military.


AMY GOODMAN: Explain who the so-called Red Shirts are.


SULAK SIVARAKSA: The Red Shirts, by and large, are the common people, the poor, who feel that they have been deprived, so they united together to demand their dignity and their rights. But, unfortunately, they also have been linked with the former prime minister Thaksin Shinawatra, who was a crook, who was a dictator in the guise of democracy. That is the unfortunate thing. But, of course, many people did want to link with Thaksin, but Thaksin used the opportunity. He claimed that he can return home with the mass movement. That’s rather unfortunate.


SULAK SIVARAKSA: Some of them do, but some don’t. But even so, I feel that the military and the government had no right to kill these people, which they did last April and May, unfortunately. Over ninety people died —-


SULAK SIVARAKSA: —- in the streets of Bangkok, because they were demonstrating in Bangkok. And they did do some violence, but their violence was very harmless, because they didn’t have great, big guns. But the government had guns and all kind of things. The government claims that these people were terrorists, which is an unfortunate term to use. I think — I don’t know what will happen on the 19th.


AMY GOODMAN: You mean this Sunday.


AMY GOODMAN: On the anniversary.


AMY GOODMAN: What does it mean, Sulak, to train in nonviolence, as you have?


SULAK SIVARAKSA: To train in nonviolence is part of right livelihood. It means you must learn not to hate others. And deep down, you must also learn not to hate yourself. A lot of people hate themselves, you know? In order to get money, in order to be successful, they even exploit themselves. But the Buddhist approach is that you must learn to know yourself, to learn that the self really doesn’t even exist. It’s a term, could be useful, could be harmful. We are interrelated. Without you, could not be me. We are interrelated. We are not opposing. We are not competing. That’s the Buddhist concept. The same. Without the trees, we cannot live. Without the earth, we cannot live. If you use that Buddhist approach — you don’t have to become Buddhist — you use that Buddhist approach, you change your entire attitude towards life, towards Mother Earth, towards others.


AMY GOODMAN: You say you are not opposing, and yet you are known for your opposition in Thailand, in Siam. You have been charged with treason, with defaming the king over and over.


SULAK SIVARAKSA: Well, of course, people exploited that. Since we don’t believe in God, some try to make the king God, which, of course, is unfortunate. The king is the first among equals, you see? He is the symbol of the country. He is the monarchy, represents the monarchy. But the monarchy must be under the Constitution. That’s my whole point. I have been fighting against hypocrisy. I have been fighting against untruthfulness. I feel that truth must prevail. But my fighting, all along, it has been nonviolent.


AMY GOODMAN: Will you be back in your country on Sunday?


SULAK SIVARAKSA: Yes, indeed. I will be back there. And I hope, if I could do anything to help people, both the Red Shirts, the Yellow Shirts, I will do so. But I will only do so if they want me to play a role.


AMY GOODMAN: What would you like to see happen?


SULAK SIVARAKSA: Well, I hope there should be dialogue. There should be talking, not using dreadful words. Talking, understanding, listening. And I think this is possible.


AMY GOODMAN: Often, if you see people in the streets, you hear the word “violence.” But structural violence is ignored. What does that mean?


SULAK SIVARAKSA: Well, the structure is made up so that people accept, for instance, hierarchy, people accept gender issues. In many countries, women have been treated very, very badly. And in my country, like many other countries, the poor have been treated very badly. And the rich regard that as natural. But it’s not natural. It’s structured by the rich. And the law also, on the whole path, benefited the rich and the powerful.


In America, itself, you know, the people consume too much natural resources. I think Americans must also understand this is structural violence. The top people in the big companies earn far too much, whereas the common laborers earn too little. I think this is the structure. And this structural violence is also linked with cultural violence. You see, a lot of media use all kind of half-truths to denounce the others. I think one ought to learn to practice right livelihood.


AMY GOODMAN: On that note, I thank you for being our last guest on Democracy Now! here in Bonn, Germany. Sulak Sivaraksa, he won Right Livelihood Award in 1995 for his vision, activism and spiritual commitment in the quest for a development process in Thailand, in what he calls Siam, rooted in democracy, justice and cultural integrity. We will cover what happens in Thailand this weekend. 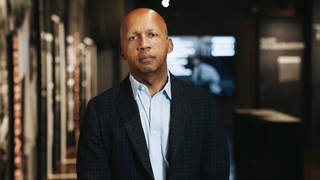