Earlier this month, former Black Panther Assata Shakur was added to the FBI’s Most Wanted Terrorists list, becoming the first woman ever to make the list. In addition, the state of New Jersey announced it was adding $1 million to the FBI’s $1 million reward for her capture. She was convicted in the May 2, 1973, killing of a New Jersey police officer during a shootout that left one of her fellow activists dead. She was shot twice by police during the incident. In 1979, she managed to escape from jail. Shakur fled to Cuba, where she received political asylum. Shakur has long proclaimed her innocence and accused federal authorities of political persecution. We ask NAACP President Benjamin Jealous about her case. “We have not taken any position on the Shakur case,” Jealous says. “But I do think that if we are going to heal as a nation, we must look at the violence, the sort of politically motivated violence on both sides, and figure out how we heal both at once.”

StoryMay 03, 2013Assata Shakur in Her Own Words: Rare Recording of Activist Named to FBI Most Wanted Terrorists List

AMY GOODMAN: Very quickly, Ben, has the NAACP taken a position on Assata Shakur, who’s in Cuba, has been. The president—the FBI has just put her on the Most Wanted Terrorists list, the first woman to be placed on it, and increased the bounty for her to $2 million.

BENJAMIN JEALOUS: This is a—frankly, all of the political prisoner cases from the '60s are a concern. And closing the unsolved lynchings are something that we're still working on. And it makes you wonder if the country isn’t coming to a place where we need some sort of truth and reconciliation commission to help us deal with what are very painful moments. I mean, if you think about the police officers here, you know, in the New York, New Jersey area, still—their families still feel very aggrieved about what happened with the Brink’s case, about what happened on the turnpike in this shooting. When you go down to Georgia, as I was a couple weeks ago, and you have unsolved lynchings from 60 years ago, and you see kind of pain, you know, in the black community, and very suspicion of sheriffs, people feel like have been, for years. And so, we have not taken a position on the Shakur case, but I do think that we have to, if we’re going to heal as a nation, look at the violence, the sort of politically motivated violence, on both sides, and figure out how we heal both at once.

I used to be the managing editor of a paper called The Jackson Advocate in Jackson, Mississippi. Our paper was burned down three times. My publisher used to have lunch with the grand wizard of the Ku Klux Klan every month. And, you know, he comes in, and I said—you know, he comes in one day. I’m sitting in his office waiting for him. I’m like, “Why? Why? Why?” And he said, “At the end of day,” he said, “two things. One, ain’t nobody in this town who wants to talk to either one of us about the Civil War again. We both like talking about it. Alright?” He said, “But, two, it’s time that we start listening to each other and figuring out how we heal this, because it’s just not ending. The war, it just isn’t ending. The Civil War isn’t ending.” And these were two old men, you know, both within a decade of dying, who sat down across great difference, across great pain. I mean, my publisher had covered the Emmett Till case. He had had many friends killed by the Klan, and said, “It’s just time for us to bury the hatchet and figure out how we move forward.”

And so, my hope is that we, as a country, can start a conversation about a truth and reconciliation commission, because these old wounds, the wounds around Shakur in the kind of progressive community, and so many other cases—you know, so many Shakurs, right? The wounds down South with the unsolved lynchings—it’s just time for us to find a new way. I don’t see it really ending. And I don’t see politicians kind of backing down and saying, you know, “We’re going to approach this with our whole mind and our whole heart.” The battle lines are drawn, and they’ve been drawn for a long time.

AMY GOODMAN: Ben Jealous, I want to thank you for being with us, president and CEO of the NAACP. Coming up, we’ll look at the case of the Puerto Rican independence activist Oscar López Rivera. He’s been held for the past 32 years in jail. Stay with us. 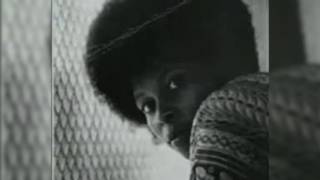 Assata Shakur in Her Own Words: Rare Recording of Activist Named to FBI Most Wanted Terrorists List