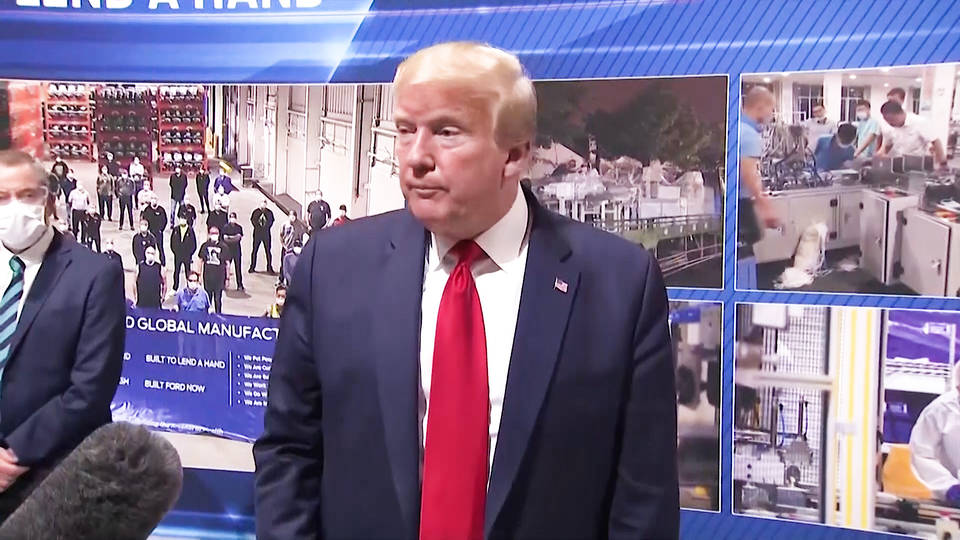 President Trump toured a Ford manufacturing plant in Michigan that was repurposed to make personal protective equipment. Trump refused to wear a mask while speaking to the press inside the plant, in defiance of an executive order from the state’s governor and the plant’s own rules. Trump said he wore one during a tour of the Ford plant but took it off before speaking to reporters.

President Donald Trump: “Well, I did wear — I had one on before. I wore one in this back area. But I didn’t want to give the press the pleasure of seeing it.”

Photos later emerged showing Trump wearing a mask during a tour of the plant. Trump’s visit to Michigan came at a time when the state is facing three major crises: The COVID outbreak has killed more than 5,100 people in Michigan; the state’s unemployment rate is at an all-time high of 22.7% percent; and more than 10,000 homes were evacuated in Midland, the home of Dow Chemical, after two dams breached earlier this week after heavy rainfall.