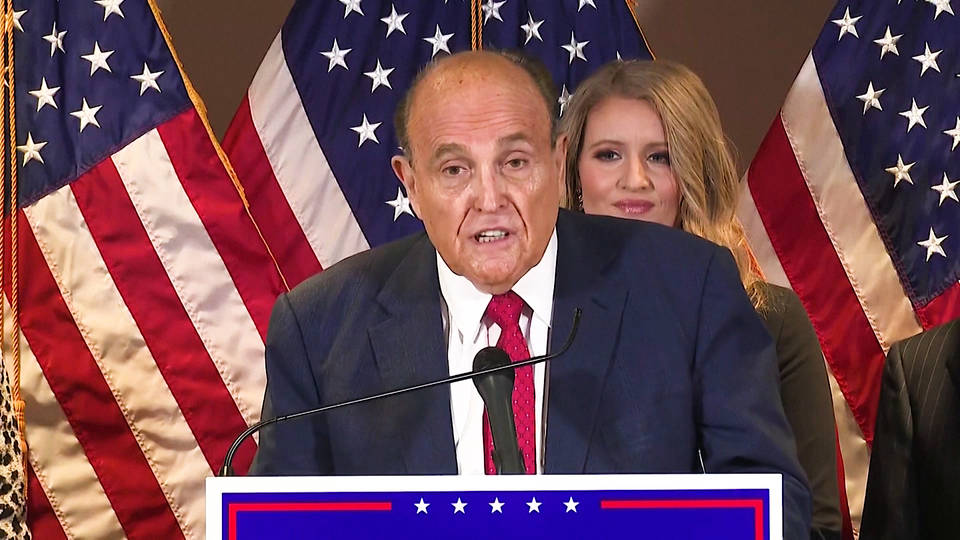 Trump’s prepared remarks came after his aides reportedly warned him he faces serious legal exposure once he leaves office. The Washington Post reports Trump has instructed aides not to pay $20,000-a-day legal fees to his lawyer Rudy Giuliani, who’s been working to overturn the results of the election. Giuliani faces possible expulsion from the New York State Bar Association after he told Trump’s mob on January 6, “Let’s have trial by combat.”