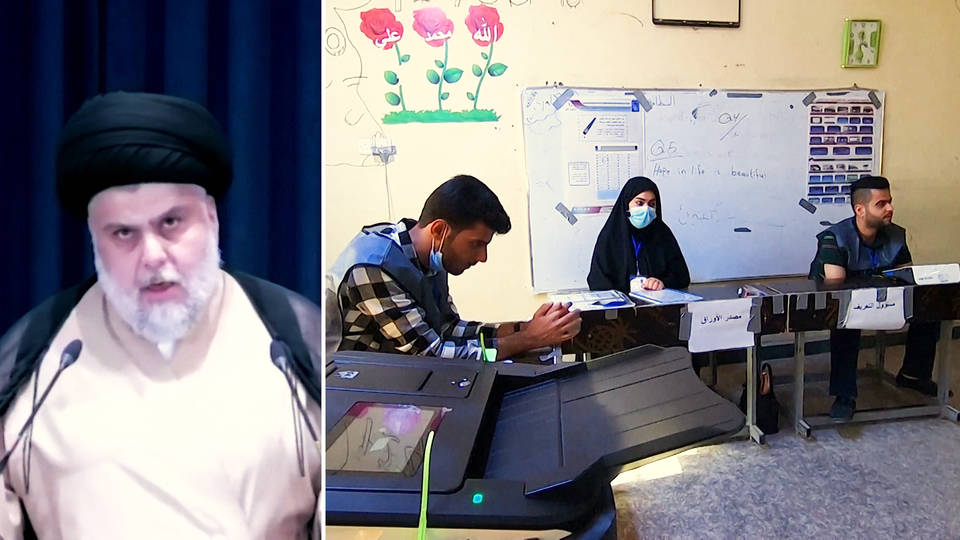 In Iraq, preliminary results show the party of Shiite cleric Muqtada al-Sadr has won the most parliamentary seats in Sunday’s election, where just 41% of Iraqis cast ballots. Al-Sadr is a populist leader who has long opposed the U.S. military presence in Iraq. He spoke on Monday in Najaf.

Muqtada al-Sadr: “We welcome all embassies that do not interfere in Iraq’s internal affairs, so long as they do not interfere in Iraq’s affairs, as well as the formation of government. With any intervention, we will have a diplomatic response, or perhaps a popular one, which is suitable to the offense. Iraq is only for Iraqis. Iraq is only for Iraqis.”

Several pro-Iranian parties in Iraq have questioned the early election results, which show them losing a number of parliamentary seats. We’ll have more on the Iraqi elections later in the broadcast.