U.S. to Keep Trump-Era Sanctions on Iran Even If Nuclear Deal Is Restored 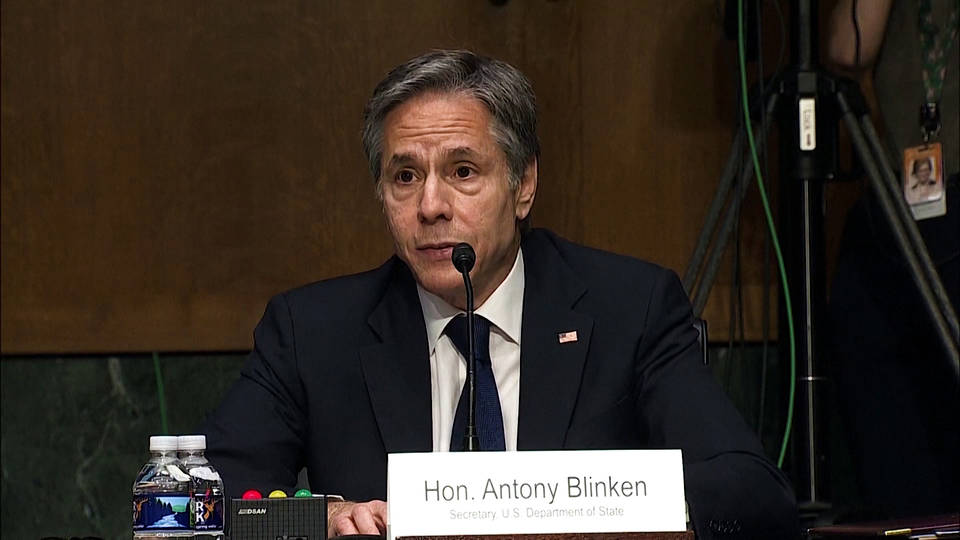 Secretary of State Antony Blinken says the U.S. will maintain hundreds of sanctions on Iran even if a deal is reached between the two parties to relaunch the Iran nuclear deal, known as the JCPOA.

Secretary of State Antony Blinken: “Even in the event of a return to compliance with the JCPOA, hundreds of sanctions will remain in place, including sanctions imposed by the Trump administration. If they are not inconsistent with the JCPOA, they will remain, unless and until Iran’s behavior changes.”

Iran has said it will not come back into compliance with the agreement, from which Trump unilaterally withdrew in 2018, unless the U.S. lifts all sanctions. Talks between Iran and other world powers are set to resume this weekend, just days ahead of Iranian elections next Friday. Analysts say the results of the elections could complicate any progress made thus far as a host of conservative and hard-line candidates are vying to succeed President Hassan Rouhani.