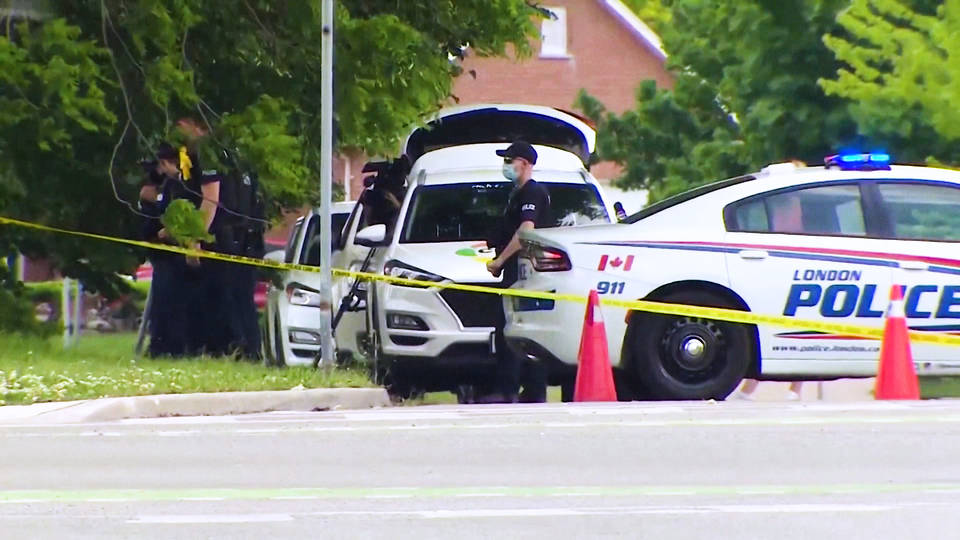 In Canada, police say a 20-year-old man who ran down five pedestrians with his pickup truck in London, Ontario, on Sunday targeted his victims because they were Muslim. All five victims were members of a family that immigrated from Pakistan more than a decade ago. Among those killed was a teenage girl. The only survivor was a 9-year-old boy who was hospitalized with serious injuries. The suspect fled the scene but was pulled over and arrested by police a few miles from the crime scene. This is London, Ontario, police chief Stephen Williams.

Prosecutors are considering terrorism charges. Canadian Prime Minister Justin Trudeau said on Twitter, “Islamophobia has no place in any of our communities. This hate is insidious and despicable — and it must stop.”