VP Harris to Refugees Fleeing Violence, Poverty and Climate Crisis: “Do Not Come to the U.S.” 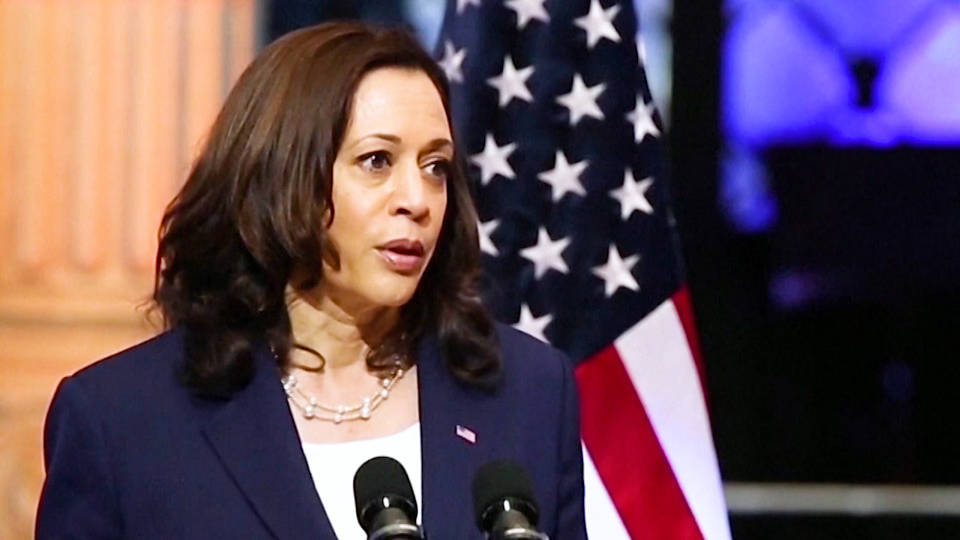 Vice President Kamala Harris has announced plans to work with Guatemala’s government to block asylum seekers from heading to the United States. The efforts include further border militarization and a task force purportedly aimed at boosting anti-corruption efforts in Guatemala. Harris met at the presidential palace with Guatemalan President Alejandro Giammattei on Monday, issuing a jarring warning to asylum seekers forced to flee Central America over poverty, violence and the impacts of the climate crisis: Do not come to the United States, Harris said repeatedly.

Vice President Kamala Harris: “The United States will continue to enforce our laws and secure our border. There are legal methods by which migration can and should occur. But we, as one of our priorities, will discourage illegal migration. And I believe if you come to our border, you will be turned back.”

Blocking migrants from requesting asylum in the U.S., or other countries that offer the relief, is a violation of international law. In her remarks, Harris also failed to acknowledge how U.S. intervention and foreign policy in Guatemala and Central America have contributed to the root causes of why people flee in the first place. Harris is meeting today with Mexican President Andrés Manuel López Obrador in Mexico City.