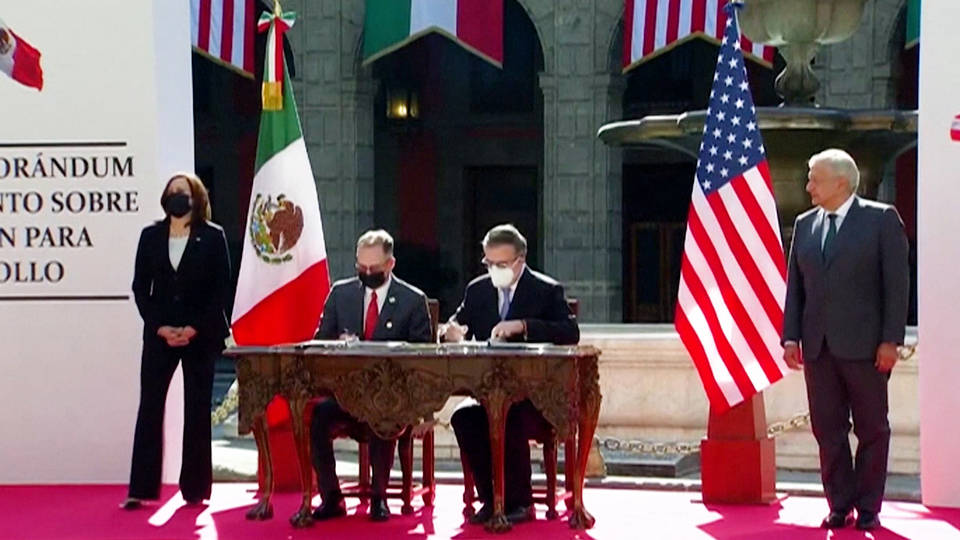 Vice President Kamala Harris wrapped up her visit to Latin America Tuesday after meeting with Mexican President Andrés Manuel López Obrador and praising the “new era” of bilateral relations between the two countries. The U.S. and Mexico vowed to continue their joint efforts in blocking asylum seekers from reaching the border, for which Mexico has long received U.S. funding. Asylum seekers crossing through Mexico often face deadly violence and racism from Mexican authorities and organized crime.

Harris has also come under fire for not yet visiting the U.S.-Mexico border. She was questioned Tuesday by NBC News anchor Lester Holt.

Lester Holt: “You haven’t been to the border.”

Vice President Kamala Harris: “And I haven’t been to Europe. And, I mean, I don’t — I don’t understand the point that you’re making.”