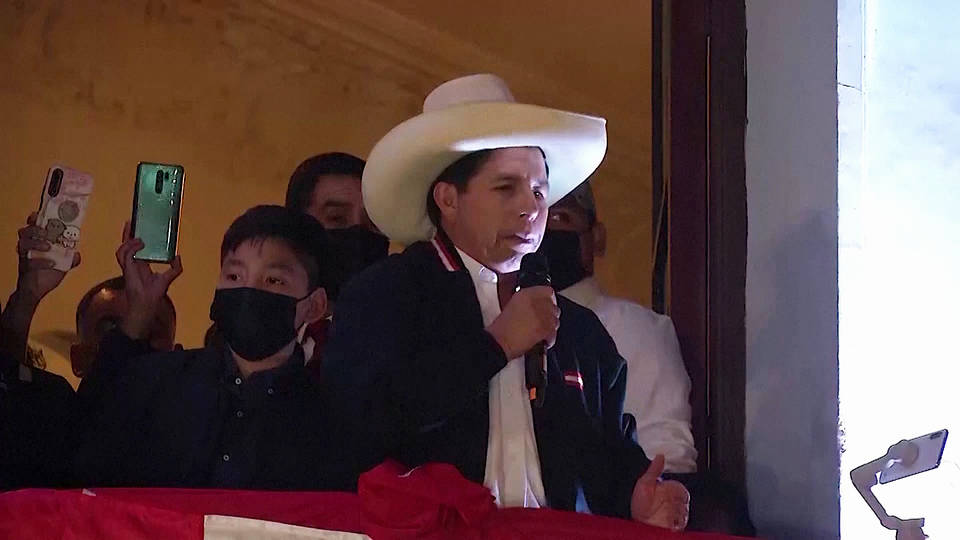 In news from Peru, the socialist teacher and union leader Pedro Castillo has been officially declared the winner of the June 6 presidential election after right-wing presidential candidate Keiko Fujimori failed in her attempt to overturn the results. Castillo won by about 44,000 votes. He spoke to supporters on Monday.

President-elect Pedro Castillo: “We will reject any pretensions of another country’s model. We Peruvians can. We Peruvians will manage true economic development, guaranteeing legal and economic stability. … I ask that Keiko Fujimori not place barriers in the way, so that we may move forward and make this a government of all Peruvians.”