In a First, Doctors Transplant Heart of Genetically Altered Pig into a Human 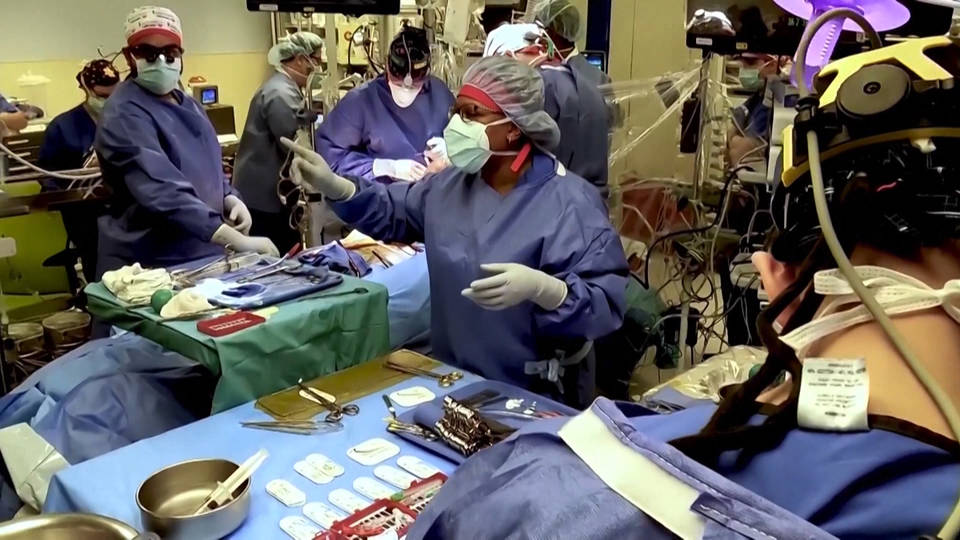 In medical news, doctors have for the first time successfully transplanted a heart from a genetically modified pig into a human recipient. David Bennett Sr. of Maryland is responding well after an eight-hour operation on Monday. He received a heart from a pig whose genetic makeup was altered to make the organ less likely to be rejected by a human host. Dr. Bartley Griffith led the surgical team.

Dr. Bartley Griffith: “We’ve never done this in a human. And I like to think that we have given him a better option than what continuing his therapy would have been. But whether it’s a day, week, month, year, I don’t know.”

Animal rights groups condemned the procedure — known as xenotransplantation — as unethical and dangerous. People for the Ethical Treatment of Animals said, “Animals aren’t toolsheds to be raided but complex, intelligent beings. It would be better for them and healthier for humans to leave them alone and seek cures using modern science.”