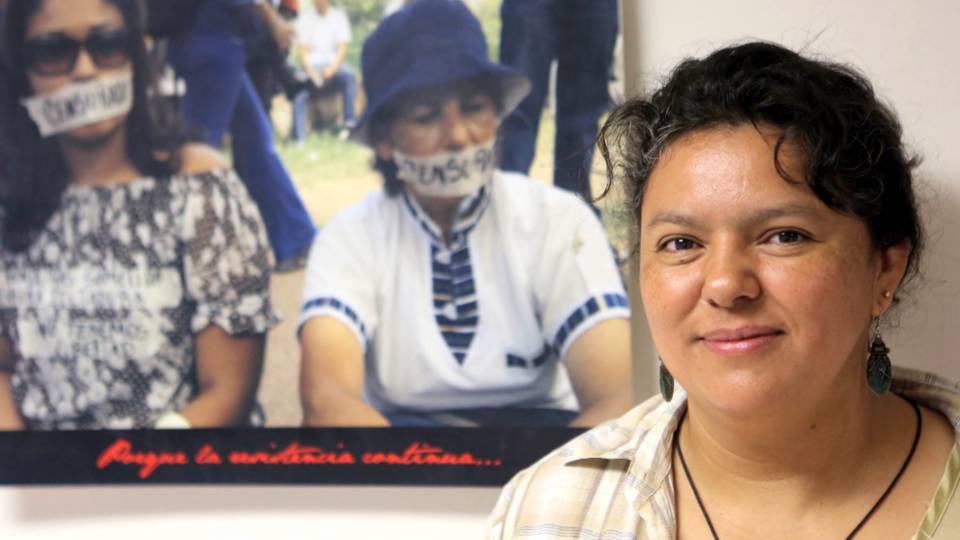 In Honduras, David Castillo, a former U.S.-trained Honduran military officer and businessman, has been sentenced to 22 years and six months in prison for his role in ordering and planning the 2016 assassination of Berta Cáceres, a Lenca land and water defender. Castillo is the former president of the hydroelectric corporation DESA. Cáceres was assassinated as she led the fight against the construction of DESA’s massive hydroelectric dam on a river in southwestern Honduras that’s sacred to the Lenca people.