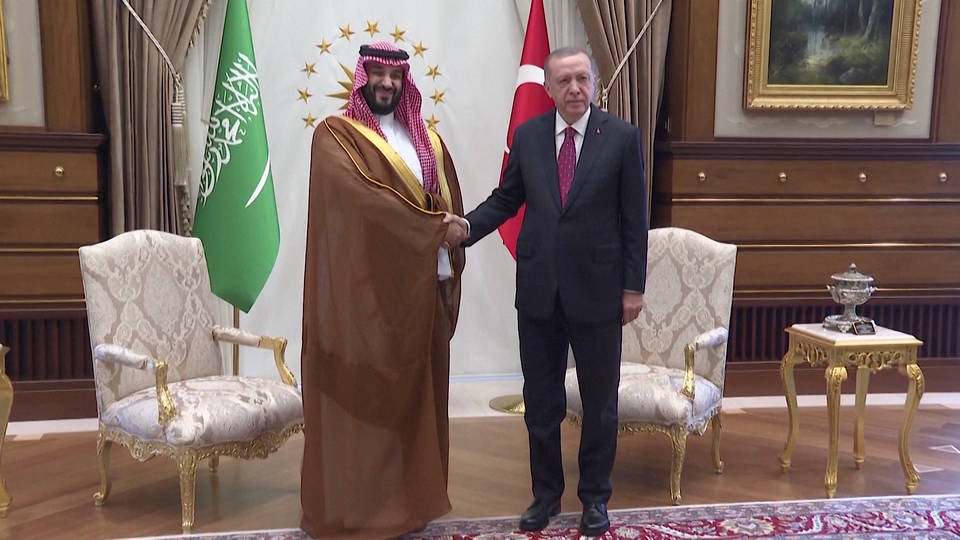 Saudi Crown Prince Mohammed bin Salman met with Turkish President Tayyip Erdogan in Ankara Wednesday in a move to fully normalize relations between the two nations. The visit marked Mohammed bin Salman’s first trip to Turkey since the Saudi journalist Jamal Khashoggi was assassinated inside the Saudi Consulate in Istanbul in 2018. Khashoggi’s fiancée, Hatice Cengiz, criticized Mohammed bin Salman’s visit to Turkey, saying it “doesn’t change the fact that he is a murderer.” President Biden is scheduled to travel to Saudi Arabia next month in part to push Saudi Arabia to pump more oil.