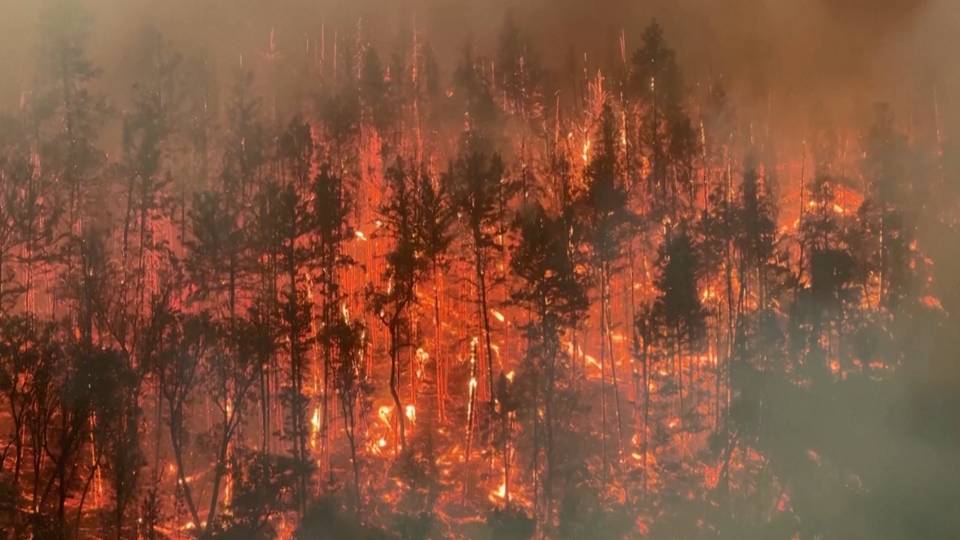 In California, Governor Gavin Newsom has declared a state of emergency after a fire in the Klamath National Forest grew to become the state’s largest of the year, scorching more than 52,000 acres near the California-Oregon border. In Montana, the Elmo wildfire expanded overnight, tripling in size to over 11 square miles.

In other climate news, in Iran, at least 80 people were killed, and dozens more remain missing, after heavy rains triggered flash floods impacting hundreds of villages, towns and cities.