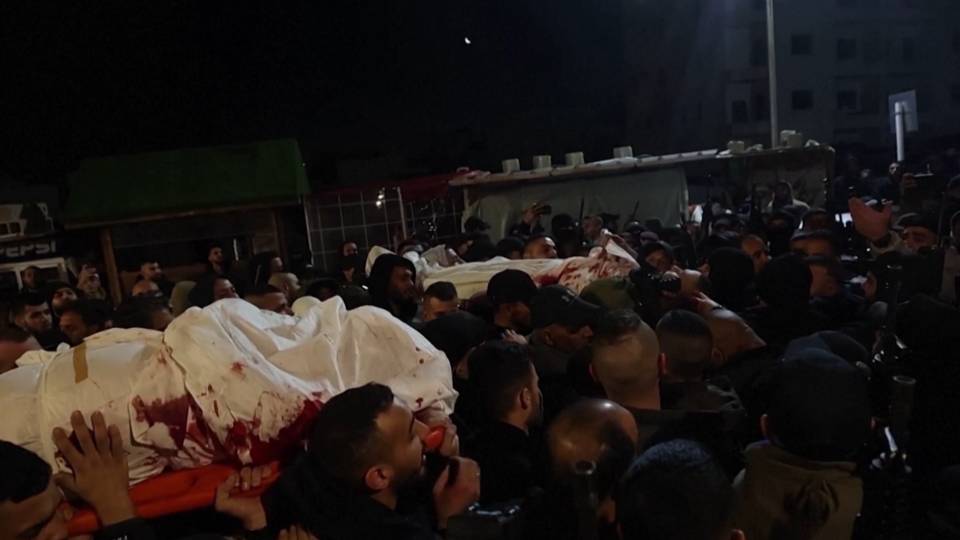 On Thursday, U.S. national security adviser Jake Sullivan met with Netanyahu in Jerusalem, where Sullivan reiterated Biden’s “bone deep” commitment to Israel. Sullivan also met with Palestinian President Mahmoud Abbas in Ramallah, who called on the U.S. to put pressure on the new government to halt the killing of Palestinians and its plans to expand illegal settlements.

The meeting came as Israeli forces killed two more Palestinians during a raid in Jenin Thursday. The victims were identified as 26-year-old Adham Jabarin and 57-year-old Jawad Farid Bawaqta, a high school teacher and father of six, who was delivering first aid to Jabarin when he was shot dead by a sniper. At least 17 Palestinians have been killed by Israeli forces this year, including four children.