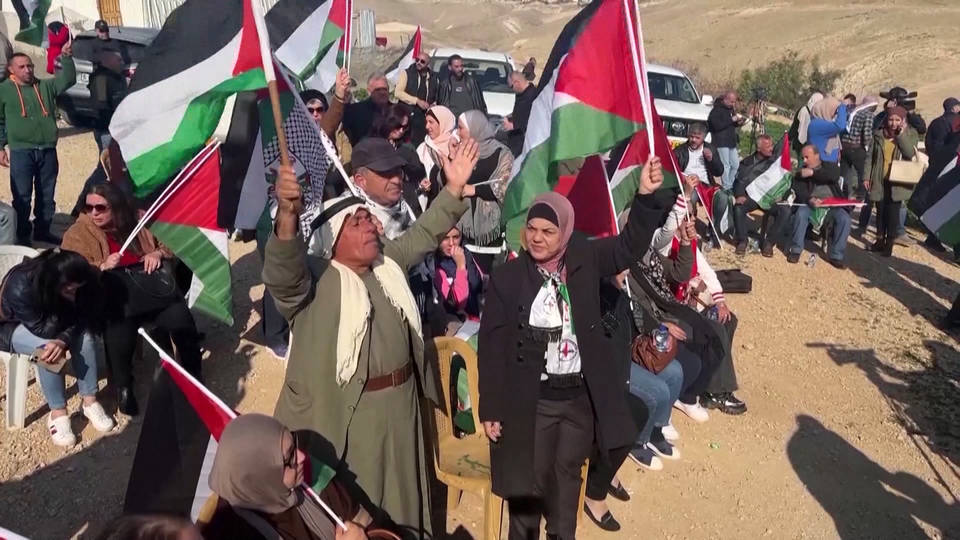 In the occupied West Bank, Palestinian protesters gathered Monday at the site of a Bedouin village after two high-profile Israeli lawmakers demanded its demolition to make way for illegal Israeli settlements. This is Eid Jahalin, a spokesperson for the Bedouin villagers.

Eid Jahalin: “The existence of settlements here means fragmentation of the West Bank. This village is the key for peace in the Middle East or the dream of every Palestinian for the establishment of a state. If this village is taken and gone and they confiscate the area from Jerusalem to the Dead Sea, the West Bank will be split into West Bank North and South.”

On Monday, Human Rights Watch warned in a new report that Israeli guidelines on access to the West Bank for foreigners threaten to further isolate Palestinians from loved ones and global civil society. The group added in a statement, “By making it harder for people to spend time in the West Bank, Israel is taking yet another step toward turning the West Bank into another Gaza, where two million Palestinians have lived virtually sealed off from the outside world for over 15 years.”