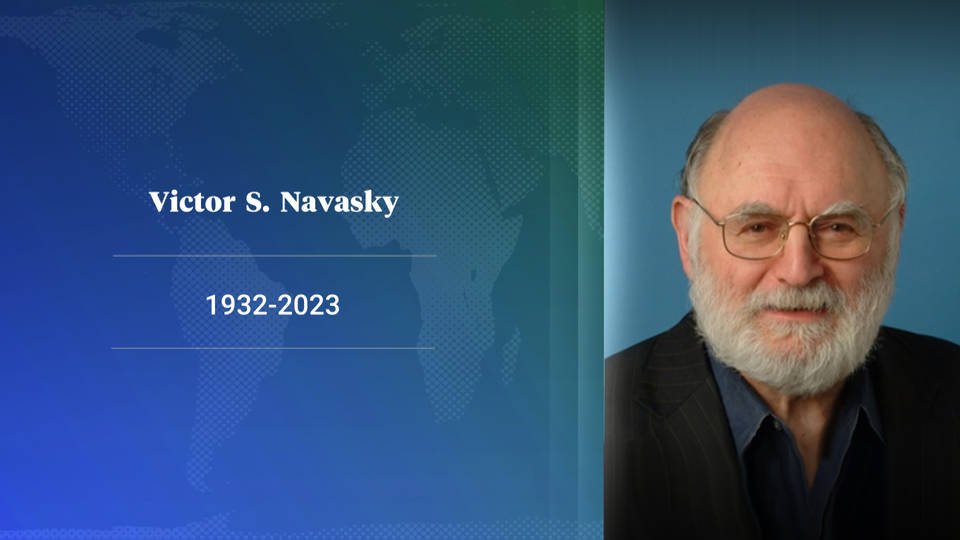 The journalist, author and former publisher of The Nation, Victor Navasky, has died at the age of 90. Navasky became editor of The Nation in 1978 and was its publisher emeritus until his death this week in New York. In 1980, his book “Naming Names” was published, chronicling Hollywood’s era of blacklisting. Navasky spoke in 2009 at an event at Google.

Victor Navasky: “The Nation was founded by people in and around the abolitionist movement. And the abolitionist movement turned out to be ahead of its time. The Nation has been, as Katrina said, a fighter for equal rights, human rights, civil rights, civil liberties. During the years of the bleakest years of a segregation in this country, The Nation was ahead of its time.”

That was Victor Navasky, who died on Monday at the age of 90. He’s survived by his wife, three children and five grandchildren.