Independent filmmaker who produced the film Saint of 9/11 about Fr. Michael Judge, the first recorded victim of the 9/11 attacks on the World Trade Center. He is director of the upcoming film Remembering Mychal and editor of forthcoming book of letters and photos of Father Mychal Judge. He was also producer of the film Saint of 9/11. 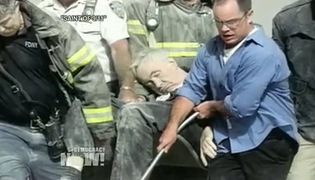