Today, the Supreme Court considers the case of Paula Corbin Jones versus President William Jefferson Clinton. Paula Jones, a former secretary in the Arkansas Statehouse, filed a lawsuit three years ago alleging that then Governor Clinton sexually harassed her in a Little Rock hotel room in 1991. But the case before the Supreme Court today is not about President Clinton’s alleged harassment. Rather, it focuses on whether a sitting president can face civil lawsuits.

Web ExclusiveOct 14, 2019Would Brett Kavanaugh Be on the Supreme Court If the FBI Had Fully Probed Sexual Misconduct Claims? 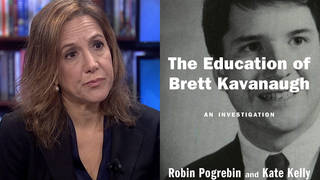 Would Brett Kavanaugh Be on the Supreme Court If the FBI Had Fully Probed Sexual Misconduct Claims?