Today, we’re broadcasting from the Hart Senate Office building —-
Hearing Room 216 to be precise -— where nominee Anthony Lake is
expected to face more sharp questioning from some Republican
opponents on the committee, notably Chairman Richard Shelby, a
Republican from Alabama.

These hearings come at a crucial time for the country’s intelligence agencies and for the Clinton administration. The estimated $30 billion intelligence budget is already $10 billion higher than all other U.S. foreign relations programs combined, and spies outnumber diplomats in some US embassies. And as director of Central Intelligence, Lake would be in charge of the entire intelligence establishment, including the CIA, and the National Security Agency which, in fact, is larger than the CIA.

Despite the huge financial support for intelligence programs in Congress, the intelligence establishment faces deep problems. The CIA has been rocked by spy scandals — notably the case of Aldrich Ames who was convicted of selling secrets to the Soviet Union and Russia — as well as by questions about the relevance of a huge intelligence bureaucracy in the post-Cold War period.

Just as important, the CIA and the Defense Intelligence Agency have been stung by repeated revelations of their role in organizing and supporting narcotics trafficking, anti-democratic and repressive military regimes, and death squads in Guatemala and Haiti.

But Richard Shelby, the Alabama Republican who leads the Intelligence Committee, and his Senate counterparts will probably not raise the issue of CIA human rights abuses. Instead, Shelby is expected to focus on Lake’s alleged ethics violations, including Lake’s failure to sell his personal stock holdings in Exxon, Mobil and other energy companies despite White House officials telling him to. The Committee is also expected in the days ahead to examine some of the major areas of the Clinton foreign policy that were under Lake’s control as National Security Advisor the past four years. These include what Lake knew about Chinese missile sales to Pakistan; his failure to tell Congress about President Clinton’s tacit approval of Iran’s arms shipments to Bosnia’s Muslims in 1994, and whether Lake played down alleged political murders in Haiti under the government the White House helped install in 1994.

Lake also is coming under fire over his role in the campaign finance scandals now rocking the White House. Chair Richard Shelby brought up the issue yesterday of Lake’s knowledge of an FBI briefing to his senior staffers about an alleged Chinese government plan to influence Congressional races by funneling money to lawmakers. 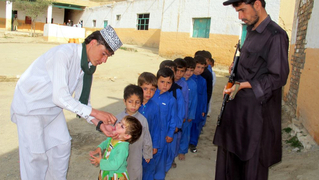