Life and Work of Allen GInsberg

Poet and political activist Allen Ginsberg died earlier this year
at the age 70.

Ginsberg was perhaps best known for his lifelong political activism
and his work with the Beat poets and writers in the 1950s and
1960s, including Jack Kerouac, Neal Cassady and William Borroughs.

Ginsberg’s 1956 poem “Howl!” captured — for many —the sentiment
of the post-World War II period and pre-figured a decade of rage
and revolution that was to come.

But Allen Ginsberg was much more. And to mark his birthday today,
we’re going to replay a special retrospective on Allen Ginsberg’s
life that we did here on Democracy Now! on April 8th.

It begins with a Buddhist memorial service held in New York City
shortly after Allen died.

TAPE: EUGENE GINSBERG, the brother of Allen, who was named after
turn-of-the-century rail union leader and socialist Eugene V. Debs.

TAPE: PETER ORLOVSKY, the lover and companion of Allen Ginsberg for
more than 40 years and also a noted poet and writer. Peter Orlovsky
and Allen Ginsberg met in 1954 after Allen had seen his nude
portrait in a San Francisco art gallery. 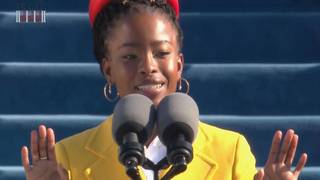