“U.S. forces in Baghdad might now be searching high and low for Iraqi dictator Saddam Hussein, but in the past Saddam was seen by U.S. intelligence services as a bulwark of anti-communism and they used him as their instrument for more than 40 years, according to former U.S. intelligence diplomats and intelligence officials.

United Press International has interviewed almost a dozen former U.S. diplomats, British scholars and former U.S. intelligence officials to piece together the following account. The CIA declined to comment on the report.

While many have thought that Saddam first became involved with U.S. intelligence agencies at the start of the September 1980 Iran-Iraq war, his first contacts with U.S. officials date back to 1959, when he was part of a CIA-authorized six-man squad tasked with assassinating then Iraqi Prime Minister Gen. Abd al-Karim Qasim.”

The original content of this program is licensed under a Creative Commons Attribution-Noncommercial-No Derivative Works 3.0 United States License. Please attribute legal copies of this work to democracynow.org. Some of the work(s) that this program incorporates, however, may be separately licensed. For further information or additional permissions, contact us.
NEXTBush Nominates “Islamophobe” Daniel Pipes to the United States Institute of Peace: We Talk with Pipes and Representatives From American-Arab Anti-Discrimination Committee and the Council On American I 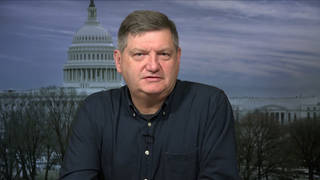