John Pilger Calls UK National Health Service a Treasure, Blasts US Lawmakers for Being “in Bed with Powerful Interests” and Neglecting “Their Own People’s Basic Human Rights”

We play an excerpt of an extended interview with Australian investigative journalist, John Pilger. Speaking about the US healthcare system, Pilger says, “What is it about US legislators that they appear to be so in bed with such powerful interests, such as the insurance companies, that they can’t represent their own people’s needs, their own people’s basic human rights.” [includes rush transcript]

AMY GOODMAN: As we talk about corporate control of legislation and the conversation, we move finally to healthcare. I had a long conversation with the Australian filmmaker John Pilger yesterday. We’re going to play that next week. But he’s lived in Britain for decades, and I asked him about the lack of conversation about a government plan or single-payer healthcare here in the United States. He talked about what he’s got in Britain.


What happens is, you go to a GP, a general practitioner, and you can choose which one you want to go to in your area. You sign nothing. You simply — they simply have your name and address. And you’re seen by that doctor. If there’s something that is required, you’re referred to a specialist. Where I live in London, I’m surrounded by five of the world’s major teaching hospitals, all of them run by the National Health Service.


And the way the National Health Service is represented in the United States is truly scandalous. That word “socialist” is pulled out. It’s kind of infantile almost. Yes, it’s socialist. If socialist is caring for the majority of the people and taking away the fear of being denied healthcare that so many millions of Americans have — they have this fear — then, yes, it is.


Why can’t there be something like this — not exactly the same, in fact, it could improve on it. The same — France has the same. Italy has the same. Holland has the same. What is it about US legislators that they appear to be so in bed with such powerful interests, such as the insurance companies, that they can’t represent their own people’s needs, their own people’s basic human rights? And that’s what it is. It’s in the Universal Declaration of Human Rights, actually. It is a human right to have this kind of medical care. 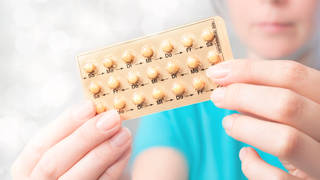