Former House Speaker Newt Gingrich is coming under fire from many Democrats for saying one needs to turn to “Kenyan, anti-colonial behavior” in order to understand President Obama. We turn to a recent interview with a real Kenyan anti-colonialist: Ngugi wa Thiong’o, a world-renowned novelist, playwright and literary critic, and Distinguished Professor of English at the University of California, Irvine. [includes rush transcript]

AMY GOODMAN: We turn now to the controversy about the comments of former House Speaker Newt Gingrich, who says that one needs to turn to, quote, “Kenyan, anti-colonial behavior” in order to understand President Obama. In an interview with the National Review, Gingrich said it was, quote, “the most accurate, predictive model for his behavior.”


While Gingrich is coming under fire from many Democrats for his comments, we thought we’d turn to a Kenyan who is well known as an anti-colonialist. Earlier this year, I spoke with the great Kenyan writer and activist Ng?g? wa Thiong’o. He’s a world-renowned novelist, playwright, literary critic, Distinguished Professor of English and Comparative Literature at the University of California, Irvine. Ng?g?'s latest book is a memoir about Kenya's anti-colonial movement and his own childhood. It’s called Dreams in a Time of War.


NG?G? WA THIONG’O: Kenya is in East Africa, and it was a British colonial state colonized by the British about 1895 and then getting its independence in 1963. In between those two dates were, of course, the story of colonialism in Kenya and colonial suppression of African people in Kenya, because Kenya was also a British settler colony, because there are two types of colonies in Africa: the settler colony, like Kenya and South Africa, where a sizable European population settled there; and a more protectorate type, like Nigeria and Uganda.


The problem with a Kenya, with a settler state, as opposed to the other type, was of course extreme racism, you know, so that, you know, for — society in settler Kenya, colonial settler Kenya, was Europeans — imagine a pyramid. The Europeans were at the top of the pyramid, the Asian community in the middle, and the African people formed the base of that entire structure. So, in fact, like South Africa, we had a system of — particularly during the fight against the British, an African could not move from A to B without a passport, without identification papers and so on. So, very many things were stacked against African people during that period of 1895 and 1963.


But most interesting for us as a colonial settler colony was the issue of land, because whatever bylaw, whatever the [inaudible], the difference between a settler colony and the other type of colony is the issue of land, OK? Land becomes a bone of contention because — between the new settlers and the old owners of the land. OK, and not surprisingly also, in all the settler colonies, like Kenya, Nigeria — not Nigeria — Kenya, South Africa and Zimbabwe — Mozambique is another example, Algeria is another example — independence was won through armed struggle. In all of those, you know, there was armed liberation movements, and the land question was at the basis of the whole struggle. So, with Kenya, we had one of the earliest anti-colonial guerrilla movements. Ours was by the name of Mau Mau, and that was between 1952 and 1960, when the war was very active.


AMY GOODMAN: Can you just briefly talk about the significance of the founding president of Kenya, of Kenyatta?


NG?G? WA THIONG’O: Kenyatta is a very important figure in African politics, in Kenyan politics, as well. And again, in my book Dreams in a Time of War, I talk about what his picture, his image, meant to us as we were growing up. You know, I so much wanted to meet him. I used to go to a place where — in Limuru town, where I come from, where he was supposed to come, and I would go there almost every, you know, several week expecting that he will turn up. He never did, because he was then also imprisoned by the British.


But Kenyatta — remember, Kenyatta worked with — Kenyatta was the leader of the anti-colonial movement in Kenya, generally, not necessarily Mau Mau, but the entire anti-colonial movement. He was in England for many years, between 1928 — 1928 or 1930 to 1946, when he eventually returned to Kenya. In that time, he had come into contact and become friends with people like Du Bois, C.L.R. James, you know, Kwame Nkrumah, you know, the great intellectuals of Pan-Africanism at the time. He was a member of the 1945 Pan-African Congress in Manchester in England, which really generated a lot of enthusiasm and put priority on African people organizing from Africa. And so, the Kenyattas, Nkrumahs and others, who were in England at that time, all returned to their respective places — Nkrumah to Ghana, leading them to independence in 1957, and Kenyatta to Kenya. But they traveled very different paths.


In Kenya, a colonial settler state, Kenyatta was arrested in 1952, accused of being the leader of Mau Mau, and imprisoned — literally exiled within the same country for about eight years with four others, among them Achieng Oneko and others. Now, but he — so he became the symbol of African independence movement. He became the symbol of sort of defiance against the colonial state. But as a result of the agitation and the war and everything else, he was eventually release in 1960 to become the first president of an independent Kenya.


Unfortunately, Kenyatta didn’t live up to the expectations, OK? And under him, [inaudible] some advances, because, remember, independence was a very big thing for us, you know. But the policies he followed did not necessarily mean empowerment of ordinary Kenyans and so on. The policies he found — he started when he became president between 1963 and when he died in 1978 were carried over by a successor, Daniel arap Moi, who, unlike Kenyatta, had actually worked closely with the British colonial state, even during the colonial days. And now, by one of those things, you know, that happened during the Cold War and after, you know, he becomes now the second president of the independent Kenya. And he, Daniel Moi, now intensifies repression and carries the whole thing from just passing the rule of Kenyatta, or the retaining rule of Kenyatta, and becomes a full-blooded dictatorship.

AMY GOODMAN: Kenyan author Ng?g? wa Thiong’o, one of the giants of African literature, talking about the anti-colonial movement in his country. 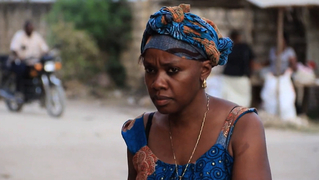