Aristide’s First Day Back in Haiti After 7 Years: A Democracy Now! Exclusive Report 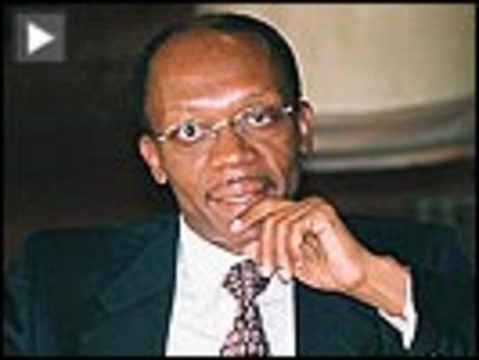 After a long day of traveling, Amy Goodman reports on the historic return of former President Jean-Bertrand Aristide to Haiti. 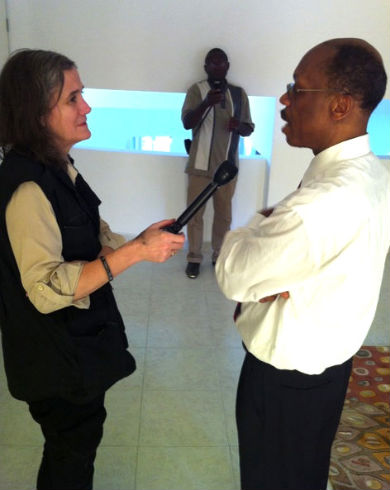 “I am Amy Goodman in Port-au-Prince, Haiti. What a remarkable day and a remarkable journey this has been. The Aristides have returned home after seven years in exile. Yes, President Aristide—twice thrown out of the presidency by coups backed by the United States.

In 1991, he was out for three years and came back to resume the presidency. And in 2004—February 29, 2004 to be exact—in the early morning hours the number two man in the U.S. embassy came to the Aristide’s home and they were hustled off to a white plane with an American flag, with U.S. military and security, and they sent off to the Central African Republic.

I know this second coup very well having gone to the Central African Republic two weeks later with the delegation led by Transafrican Founder Randall Robinson and Los Angeles Congressmember Maxine Waters—they went to retrieve the Aristides and bring them back to this hemisphere. They made it as far as Jamaica, we traveled on a small plane, they came to this hemisphere, but not to this country, not to Haiti. As Donald Rumsfeld and Condoleezza Rice were warning that the Aristides were not to come to this hemisphere, in which Randall Robinson responded, ‘Whose hemisphere?’ Ambassador Fowly, ambassador to Haiti at the time, were saying at the time they were not to return to this country. Whose country? To not be within 150 miles of this country. That was 2004.

They ended up in exile in South Africa where they remained until yesterday, until March 17. Then around 11pm or midnight, they boarded a small plane, a small jet hired by the South African government, and they flew back to Haiti. I went on that plane with them to chronicle this epic journey they have taken. They went from South Africa to Dakar, Senegal to refuel, then to Port-au-Prince.

What an amazing reception and welcoming there was when they got here. At both of the airport where the masses of people were kept out but where the masses of journalists were crushing, and there President Aristide addressed the crowd and referred specifically that Lavalas party has been excluded. He says, ‘Exclusion is the problem, inclusion is the solution,’ in a reference to the elections to the elections that are taking place on Sunday.

Then the family went on in a caravan to the house, to Tabarre, which is right near the airport. The masses, the thousands of people—especially young people, men and women—carrying flags, carrying placards that said, ‘Good return (written in French).’ They had t-shirts made with his picture; there was graffiti on the walls. And we drove in this caravan—the first car with the Aristides, the second car with the delegation who had accompanied him, including Danny Glover, the actor and activist who had flown into South Africa yesterday to be a part of this historic journey; and James Early of the Smithsonian Institution.

And we drove in this crush of humanity, inching along as people celebrated the return of the former president—yes, but he does not come back as president, but as a resident of Haiti. Of that he is really clear about right now. He wants to work on education, on issues of healthcare, on what the Haitian people want him to do. We made it to Tabarre, you couldn’t come near the house. Thousands of people were crushing in on the house. The windows—people were trying to get in—but, also it was a controlled pandemonium. They listened when those inside asked them to get away from the windows, not from the property.

Thousands of people came to celebrate Jean Bertrand Aristide, the man who swept to victory in 1990 and 1991 on the wave of Lavalas that was rejecting the dictatorship that goes back to, well, Jean Claude Duvalier who was ousted in 1986 and before that his father, Papa Doc Duvalier, whose brutal repressive years the whole country rejected.

What’s amazing is in seeing Aristide today in Tabarre, when I was saying goodbye to him and asking him his thoughts on this epic journey—who knew what would happen to this plane—whether it would fly, and if it flew, what would happen? The U.S. government was putting enormous pressure both on Haiti and President Préval, and on the South African President who said he would not bow to pressure. That was extremely important. South African President Zuma said that the South African government would not bow to pressure even as Obama implored him not to allow the Aristides to get on that plane and come to Haiti.

Why it’s relevant today is the statements of the State Department over and over—first P.J. Crowley, then repeated by the State Department spokesman [Mark] Toner. When P.J. Crowley was there he tweeted out, ‘Aristide is the past. Haitians must look to the future.’ And then Toner talked about how the Aristides had willingly gone to the Central African Republic. I asked Frantz Gabriel about that, who was on that plane with them, and he said there was nothing voluntary about it.

Well after seven years, seven years of exile, the Aristides have once again returned two days before the election will take place for the next president of Haiti. Jean-Bertrand Aristide will not participate in that election; he’s already been president twice, though he did not serve his full terms in either case. What is clear is the massive amount of support he has among the Haitian people, which is probably why the U.S. government is so concerned about Aristide returning. He says now he will focus on education and healthcare.

I also met a young group of Haitian medical doctors who started their training at the medical school that Aristide established in Tabarre. In 2004 when he was forced out, his own house—the house we were in today—was ransacked. And the medical school was closed, and used as a base for the U.S. Marines. So instead of being medical, it was a military base. This is something that has angered Aristide for all these seven years. These young doctors started their education at Aristide’s medical school and then had to leave to go to Cuba to finish their education. But, they’re back serving the people. This is what Aristide wants to restore.

When I asked, for example, on the plane when I was doing the final interview with him, when he was on the plane and I was doing the final interview with him and as he was looking at the land below which was Haiti and he hadn’t seen it in seven years—when I asked him about what even the day would look like today, he said, ‘I cannot say because if a group of people come to me and say let’s start the medical school again I’ll start our planning meetings today. If Haitians come to me to talk about something else, we’ll do that.’ He says that his future is in the hands of the Haitian people.

Click here to follow tweets by Democracy Now! Senior Producer who is reporting on the ground with Amy Goodman from his iPhone: