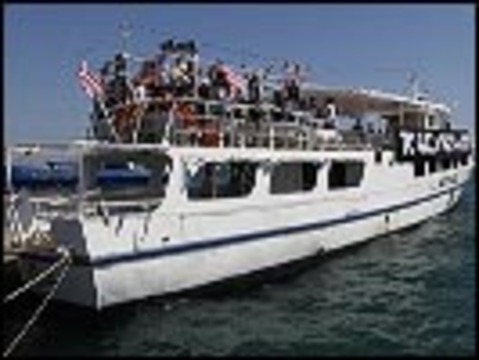 Democracy Now! producer Aaron Maté files exclusive audio reports on board the Gaza-bound “Audacity of Hope”. The ship set sail from Greece at approximately 9:30 a.m. EDT but was soon stopped by Greek authorities. Listen to Aaron’s reports as the scene develops. Listen

Update at 12:30 p.m. EDT Audio from the U.S. ship of Col. Ann Wright pleading with armed Greek soldiers to let the ship sail to Gaza. Listen

Women’s Boat to Gaza: 13 Activists Detained by Israel, Weeks After U.S. OKs $38B in Military Aid