“1775: A Good Year for Revolution” — Author Kevin Phillips on the Origin of American Independence 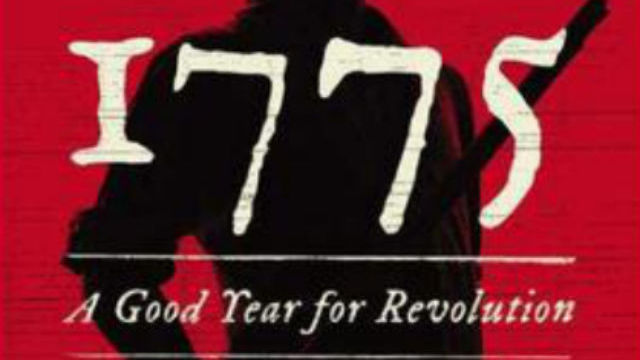 We interview political and economic author Kevin Phillips Wednesday about his new book, 1775: A Good Year for Revolution, which follows “a United States taking shape rather than losing headway.” Phillips argues 1775–not 1776–is the more important year of the American Revolution. Read an excerpt from the book below, and click here to see a past interview with Phillips on Democracy Now!

You can send us question suggestions to ask Phillips. Email us at stories at democracynow.org with “Kevin Phillips” in the subject line or share on our Facebook page. Tweet to @democracynow #DNlive.

Reprinted by arrangement with Viking, a member of Penguin Group (USA) Inc., from 1775 Copyright © Kevin Phillips, 2012

Such was the arousal and spirit of 1775 that rage militaire— a patriotic
furor, a passion for arms— swept the thirteen colonies that spring and
summer, giving the American Revolution its martial assurance and
its vital, if somewhat delusionary, early momentum. Great hopes took hold,
and sedentary lawyers, publishers, and preachers pored over their libraries
of English political and revolutionary precedents.

Lexington and Concord and Bunker Hill sowed confidence, and by summer,
scarlet- coated military might had shrunk back to encircled Boston and
a few fast- deserting companies in New York. Following these initial successes,
Patriots soon developed “a national conceit of born courage in combat with
a sudden acclaim for a superior form of military discipline, easily acquired”—
that of a valorous and virtuous citizen soldiery. It was all very heady.

Virtue, the old Roman credo, clad itself in a uniquely American garb.
Hunting shirts, belts, and leggings became fashionable, what a later era
might term militia chic. Even gentry- minded Virginians cast aside their
imported velours and joined in. Before the opening of a June 1775 legislative
session in Williamsburg, burgesses were recommended to attend in
shirtmen’s garb— frontier- type apparel— “which best suits the times, as the
cheapest and the most martial.” And “numbers of the Burgesses” did indeed
come wearing “coarse linnen or canvas over their Cloaths and a Tomahawk
by their Sides.” New Englanders, informed by Harvard and Yale scholars,
boasted that no plausible European army could be large enough to overcome
the combination of American space and just cause. In Pennsylvania,
even erstwhile pacifist Quakers marched in a volunteer light infantry company
nicknamed the “Quaker Blues,” for which some were quickly read out
of their monthly meetings.

Three thousand miles away, many British policy makers suffered from
an opposite “empire militant” style of conceit. No colonial riff raff could
hope to stand up to the professional armies of the world’s preeminent imperium.
The revolutionaries would scatter in panic after two or three of
their well- known leaders were hung as traitors. General James Grant told
amused listeners that he could march from one end of the American colonies
to the other with 5,000 British regulars. The king’s aide- de- camp, General
Thomas Clark, thought he could do it with 1,000 men, gelding
colonial males as he went.3 Boston radicals, “Oliverian” at heart, were the
trouble spreaders, subverting loyal and unwary subjects elsewhere. Through
much of 1774 and 1775, even as British ministers transferred troops to hostile
Boston, they naïvely emptied barracks elsewhere.

Clearly both sides misread some military and political realities. However,
the rebels of 1775 had the better reason for confidence. Provincial boundaries
of that era being imprecise, disputed, or vague, no researcher can hope to
calculate the ratio of the thirteen- colony domain— from Maine (then a district
of Massachusetts) south through Georgia— still effectively occupied by
British soldiers or administered by functioning officials of His Majesty’s
government at year’s end. Whatever the maps in Whitehall or St. James purported
to show, the reality on the ground was stark: practically nothing.

Consider: in Virginia and both Carolinas, the summer of 1775 saw
Crown- appointed governors ignominiously flee their unfriendly capitals for
cramped but seizure- proof accommodations on nearby British warships. In
February 1776, the governor of Georgia, all but powerless, finally decamped
to a convenient frigate. In most places, the king’s writ no longer ran. In all
four southern colonies, Patriot- led provincial congresses and committees of
safety had taken extralegal but effective control of government. Forts had
been captured, munitions seized, sea actions fought, towns burned, and
regiment after regiment mustered into the new Continental Army.

An ocean away, the punitive intentions of King George III also kept
growing— from his late- 1774 comment about looking forward to putting
down rebellion in Massachusetts to his mid- 1775 hope of hiring Russian
mercenaries, only to settle by year end for Hessians and Brunswickers.
Henry Howard, twelfth Earl of Suffolk and a principal secretary of
state, had agreed that the Russians would make “charming visitors at
New- Yorke, and civilize that part of America wonderfully.” A year before
July 4, 1776, the die was all but cast. In fact, participants from King George
to John Adams used precisely that phrase, first employed by Julius Caesar
when he crossed the Rubicon in 49 b.c.

The reader can learn about these events and escalations in the history
books, just not conveniently or in very much detail. Over two centuries, as
the Revolutionary War became all but sanctified as “the single most important
source for our national sense of tradition,” public attention was diverted
from the struggle’s more complicated, less- inspiring realities.

Disregarding the necessities of munitions smuggling and using militiamen
to suppress political dissidence, the origins of the republic became ever
more romanticized around the assertion of 1776 as a moral and ideological
watershed not just for North America but for the world. Events were also
confected into neat celebratory symbols like Paul Revere’s ride, George
Washington’s greatness, Benjamin Franklin’s genius, Thomas Jefferson’s
Declaration of Independence, Betsy Ross’s flag, and the seriously misrepresented
Liberty Bell. Boston, Lexington- Concord, Philadelphia, and Valley
Forge became the hallowed venues, with legend- building side excursions to
Mount Vernon and Monticello. This adulation has served to minimize
comprehension of what actually happened— not least how a rage militaire
helped put down deep enough early foundations for American nationhood
to withstand the disillusionments that mounted in the second half of 1776. 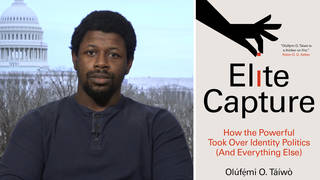