Democracy Now! host Amy Goodman caught up with New York Rep. Peter King at the Republican National Convention and asked him about the Republican platform on abortion, even in cases of rape and incest. King says, “[The] main purpose of government is to protect innocent life, no matter where that life is.” He says the doctor who performs the abortion should be punished, not the mother. [includes rush transcript]

AMY GOODMAN: This is Democracy Now!, democracynow.org. Meanwhile, during an address by former Secretary of State Condoleezza Rice, just a few feet from billionaire tea party funder David Koch, who is a New York delegate, I caught up with another New Yorker, longtime Long Island congressmember, Peter King.

REP. PETER KING: Well, I strongly oppose what Todd Akin said, but I am pro-life. And Paul Ryan and I have virtually the same position on abortion. I am pro-life.

REP. PETER KING: No, that’s not what Paul Ryan—see, it’s basically—I certainly would allow abortion in the case of the life of the mother or severe health risk to the mother, but—and that’s the same position that Ronald Reagan had.

AMY GOODMAN: What about—what about in the case of rape or incest?

REP. PETER KING: No, I would not, because of the fact that you’d be taking another innocent life. It’s the toughest of all the calls, I realize that. And Todd Akin was totally wrong in his description of it. But, to me, if you believe it’s a human life, it’s a human life.

AMY GOODMAN: So, although the Republican Party’s platform is for smaller government, when it comes to women, it’s for greater government—

REP. PETER KING: No, not for women.

REP. PETER KING: No, main purpose of government is to protect innocent life, no matter where that life is.

AMY GOODMAN: And if it’s in the body of a woman, she should not—

AMY GOODMAN: —make a decision about it?

REP. PETER KING: That is my position, and people can vote for me or against me based on that.

AMY GOODMAN: So, should a woman who wants to have abortion be criminalized? Should she be charged with murder?

REP. PETER KING: No, it would be the doctor, not the woman.

AMY GOODMAN: So the doctor should be thrown in jail.

REP. PETER KING: Well, it should be a law. Again, each state can decide how they want to—you know, what sanctions they would be. But obviously, if you have a law and somebody violates it, there have to be penalties, whether it’s civil or whatever. Actually, I’ve got to go in a second.

AMY GOODMAN: Do you think Paul Ryan’s position, which you share, will help you realize that goal eventually in America?

REP. PETER KING: Well, obviously, you elect someone who you want to pursue your goal. But it’s certainly not going to happen in the next four years, that’s for sure.

AMY GOODMAN: What about Mitt Romney?

REP. PETER KING: Mitt Romney is also pro-life, and he’s made exceptions. And that’s going to be, you know, the guiding policy for the Republican Party, Governor Romney’s position—not mine or Paul Ryan’s. 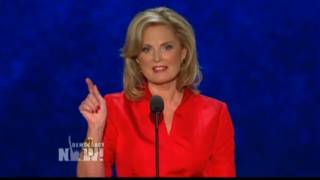