A new potential motive has emerged in last month’s killing of Colorado prisons chief Tom Clements: According to The Colorado Independent, the slain suspect Evan Spencer Ebel may have committed murder less out of loyalty to white supremacists, as has been suspected, but rather out of mental anguish produced by years spent in solitary confinement deprived of regular human contact. We’re joined by Colorado Independent Editor Susan Greene. A longtime reporter for The Denver Post, Greene discusses the investigation, as well why she has left the corporate media to preserve and revitalize the Independent as a vital source of political and investigative journalism in Colorado. [includes rush transcript]

AMY GOODMAN: I believe we’re doing the first global radio-TV-Internet broadcast that Denver Open Media has ever done, here in Denver. We’re here for the National Conference for Media Reform, and we’ll be here over the weekend, and we’ll be live streaming the conference at democracynow.org. Juan?

JUAN GONZÁLEZ: Well, our next guest is the editor of the groundbreaking online news site that just broke a major story on the murder of the head of the Colorado prison system. Colorado has been the site of several recent high-profile acts of gun violence, including the mass shootings in an Aurora movie theater last year. President Obama visited the state Wednesday as he pushed for a federal gun-control bill. Citing Colorado’s recent gun-control legislation, Obama said a bipartisan agreement is possible.

PRESIDENT BARACK OBAMA: I believe there doesn’t have to be a conflict in reconciling these realities. There doesn’t have to be a conflict between protecting our citizens and protecting our Second Amendment rights. Aurora is very much a purple city. It’s got a majority Republican city council; a majority of its state legislators are Democrat. But they came together understanding that out of this tragedy there had to be something that made sense. And so, we’ve seen enacted tougher background checks, that won’t infringe on the rights of responsible gun owners but will help keep guns out of the hands of dangerous people.

AMY GOODMAN: Just two weeks ago, the head of Colorado’s prison system, Tom Clements, was shot and killed after answering the doorbell at his home. Two days later, the suspect, Evan Spencer Ebel, a former Colorado prisoner connected to a white supremacist prison gang, was killed in a shootout with Texas deputies.

A new report by The Colorado Independent has revealed Ebel may have committed murder out of mental anguish produced by years spent in jail deprived of regular human contact. Well, journalist Susan Greene recently wrote an article called “'He Was Freaking': Friend Says Clements Suspect Flailed from Years of Isolation.” In it, she quotes parolee Ryan Pettigrew saying, “Trust me, this was no gang hit. This was about what was haunting Evan Ebel.”

We’re joined now by Susan Greene, editor of The Colorado Independent. She worked for 13 years for The Denver Post as a Denver City Hall reporter, national reporter, political reporter, metro columnist. Greene’s 2012 long-form article and video documentary, “The Gray Box,” exposed the effects of long-term solitary confinement. Her series, “Trashing the Truth,” about the loss and destruction of DNA evidence helped exonerate three men, prompted federal and state reforms on evidence preservation, was a finalist for the Pulitzer Prize in Investigative Journalism. She’s currently working to preserve and revitalize the Independent as a vital source of political and investigative journalism in Colorado.

Welcome to Democracy Now! It’s great to have you with us, Susan. You knew the prison chief. You knew Mr. Clements.

SUSAN GREENE: I did, and I’ve known a lot of prison chiefs. This guy was different, in that the first time I met with him, he said, when he took the job—and he came as a sort of out-of-state appointee by our governor, so he was new to the system—one thing really shocked him. And it was a statistic that 47 percent of inmates who were being released from solitary confinement were being released directly onto the streets. He said that number haunted him. And he immediately reversed policies, from a state that had been touting a poll saying solitary confinement is actually neutral, sort of semi-OK psychologically for prisoners, to closing our most recently built prison, which was entirely a supermax, meaning it was entirely housed by people in solitary. He closed that. It was, I think, at the time, 18 months old. And he started moving people out of solitary into general population, and then also making sure that people—less people were going from solitary to the streets. He was worried about the kind of violence, what would happen to them emotionally if you just, after keeping them in a cell 23 hours a day with no human contact, let them out on the street.

JUAN GONZÁLEZ: And what did you reveal in your story about his killer?

SUSAN GREENE: His killer was released exactly in a way that Mr. Clements worried about. He was released onto the street after years and years of solitary, living in a box. And what that means is, 23 hours a day, no human contact except the food tray that comes—you know, that a guard shoves through your—through a slot or the mail. And then, actually, in Colorado, we have this peculiar thing where the 23rd hour of exercise happens indoors, not outdoors. So these guys are not only alone all the time, but they’re alone in our beautiful state exercising in a room without any fresh air.

AMY GOODMAN: And who were you able to reach to contact to describe this prisoner’s state?

SUSAN GREENE: So, I’ve done a lot of work on solitary over the years, and I’ve been in contact with people who are in and who have gotten out. And there’s a man named Ryan Pettigrew, who was in for maybe 10 years, who would write me—he’s written me for years, way back when I was at The Denver Post. He got out in August. I met him. I’ve kept in touch with him. And he had sort of embraced Evan Ebel, the alleged shooter, when he got out. They were friends in solitary. Actually, in solitary, these men have very elaborate ways of communicating with each other called “kites,” where they message notes down drains, they flush them down toilets simultaneously with other prisoners, and they shoot them under the doors, and they have this elaborate sort of system where they communicate with each other. They were very close. And when Mr. Ebel got out, they were in almost daily contact. And so, what he did is sent me about 45 or 50 texts from Mr. Ebel from the time he got out, which is a few months ago, ’til very shortly before the alleged—his alleged shooting.

JUAN GONZÁLEZ: Susan, I’d like to ask you—we were just talking with Robert McChesney about the dire state of journalism in America. You had worked for many years at The Denver Post. Now you’re working at The Colorado Independent. Could you talk about how your site—how it’s developed and how it’s surviving in the current situation in the country in terms of journalism and the media?

SUSAN GREENE: Yeah, I’d love to. The Colorado Independent has been around for seven years, and it’s had sort of several generations of management. And, you know, as this world of independent media has grown, it’s sort of bounced around in that world. For a very long time, it was sort of managed under the American Independent News Network in Washington, D.C. And right now we’re transitioning from a site that’s managed out of D.C. to a site that’s wholly managed and funded and reported and run out of Colorado, which we think is a model that is much more effective.

JUAN GONZÁLEZ: And how are you able to sustain the staff, in terms of the finances of the Independent?

SUSAN GREENE: Nonprofit donors who what some decent news to read in Colorado, something other than our mainstream media.

AMY GOODMAN: I mean, Colorado certainly reflects what’s going on in the media with media consolidation around the country. The Rocky Mountain News closed a few years ago, after 150 years in existence.

SUSAN GREENE: Yeah, it was a dark and terrible time for Colorado. It was a terrible time. I mean, hundreds of people lost their jobs. And there was a statement put out by the Post immediately that, you know, “We’ll be as responsive to news and as independent and as aggressive reporting news as we ever were with competition.” But actually, you know, once you lose that other limb, the response time was completely different, the level of influence that management had on us as a newsroom at The Denver Post increased, and the entire climate and atmosphere in the newsroom changed. So it went from sort of being a competitive news environment in a newsroom with some energy to sort of working in a bank.

AMY GOODMAN: What hope do you have for independent media, as you edit The Colorado Independent?

SUSAN GREENE: I hope to cover the stories that aren’t getting covered, which is a whole lot of stories. I think if you look at Colorado through the lens of our mainstream media, the view is about as accurate to Colorado as what, you know, Downton Abbey was to sort of Yorkshire in the early 20th century. I mean, you would think that the state is full of sort of venture capitalists heli-skiing all day and, you know, real-estate investors opening brewpubs, and Peyton Manning, Peyton Manning, Peyton Manning. I’d like to sort of cover everything else. You know, I mean real people struggling with real issues in Colorado, which you’re just not hearing on TV and you’re not reading in the paper.

AMY GOODMAN: Well, Susan Greene, we want to thank you for being with us, longtime reporter, columnist, formerly with The Denver Post, now editor of The Colorado Independent. And we’ll link to it and her investigative reports at democracynow.org. This is Democracy Now!, democracynow.org, The War and Peace Report. 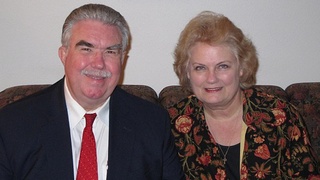