The United States has formally confirmed for the first time that it killed four American citizens in Yemen and Pakistan, “outside of areas of active hostilities.” The acknowledgment came in a letter from Attorney General Eric Holder.

In a letter dated May 22, 2013, Holder wrote to congressional leaders that the Obama administration “has specifically targeted and killed one U.S. citizen, Anwar al-Aulaqi. The United States is further aware of three other U.S. citizens who have been killed in such U.S. counterterrorism operations over that same time period: Samir Khan, ’Abd al-Rahman Anwar al-Aulaqi, and Jude Kenan Mohammed. These individuals were not specifically targeted by the United States.” The FBI has removed its most wanted page for Mohammad, but we reposted it here.

Watch Democracy Now! Thursday when we get reaction from Jeremy Scahill, author of Dirty Wars: The World is a Battlefield. The Obama administration’s assassination al-Awlaki and his 16-year-old Denver-born son Abdulrahman is a central part of Scahill’s new book, which is based on years of reporting on U.S. secret operations in Yemen, Somalia and Afghanistan.

“The idea that you can simply have one branch of government unilaterally and in secret declare that an American citizen should be executed or assassinated without having to present any evidence whatsoever, to me, is a — we should view that with great sobriety about the implications for our country,” says Scahill, national security correspondent for The Nation magazine. Watch this interview below.

Click here to see all of Scahill’s recent reports on Democracy Now! including his look at how the assassinations of U.S. Citizens were largely ignored at John Brennan’s CIA confirmation hearing. 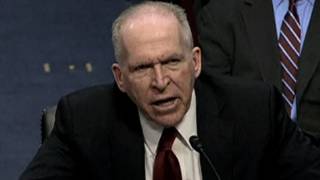