A new investigation by The Crime Report published Monday documents how corporations almost never face criminal investigations for violating environmental laws such as the Clean Air Act and the Clean Water Act. A survey of environmental violations tracked by the Environmental Protection Agency shows just one-half of 1 percent of them trigger criminal prosecution. Joining us to describe his investigation, The Crime Report’s Graham Kates describes how one company, Alpha Natural Resources, faced only civil fines after it racked up more than 6,000 violations between 2007 and 2013. Kates says prosecutions are hampered by limited government resources in pursuing corporate polluters. The EPA has just 200 agents nationwide, and the Environmental Crime Section of the Department of Justice has just 38 prosecutors.

StoryMay 16, 2019As EPA Insists Weed Killer Roundup Is Safe, a Jury Orders Monsanto to Pay $2B to Couple with Cancer

AARON MATÉ: We end today’s show with a look at an eight-month investigation by The Crime Report published Monday that documents how corporations almost never face criminal investigations for their environmental violations.

GRAHAM KATES: Thanks for having me.

AMY GOODMAN: Tell us what you found. And what do you mean by criminal investigations? What needs to be investigated?

GRAHAM KATES: So, the EPA tracks violations across 800,000 facilities in the country, and 64,000 of them have in some way violated either the Clean Air Act, the Clean Water Act or other federal environmental laws. And they have a choice in how they handle those. They can sue them and handle it civilly or administratively, or they can pursue criminal action. And just 297 of the 64,000 that we found in the last year were investigated for crimes.

AMY GOODMAN: And what would criminal investigation mean?

GRAHAM KATES: Law enforcement, seeing how the law was violated. Was the company purposely negligent? Were they purposely violating laws? Or were they doing it excessively?

AMY GOODMAN: Give us examples.

GRAHAM KATES: So, one case that we looked at involved Alpha Natural Resources, which is one of the largest coal companies in the country. And from 2000 to—sorry, 2006, a former Massey Energy, which used to be the largest company in the country, had violated the laws four thousand—

AMY GOODMAN: Responsible for the deaths in West Virginia.

GRAHAM KATES: The same company that had the Upper Big Branch mine disaster in which 29 miners died, they violated the law 29—I’m sorry, 4,500 times in just six years. And they settled for $20 million. And then Alpha bought Massey and, the next six years after that, violated the law another 6,000 times. And they settled again for $27.5 million. And when I asked the EPA, “Do you think, given that history, is this a good way to handle this multitude of violations?” the EPA said, “Well, yeah, they promised, basically, they’ll stop doing it, and they paid us over $40 million.”

AARON MATÉ: So, again, the figure is less than one-half of 1 percent of violations trigger criminal probes. What kind of resources are government officials working with here in terms of the agents they have assigned to these cases?

GRAHAM KATES: Very little. Across the country, there are just 200 investigators that focus specifically on environmental crime, and the Department of Justice has just 38 prosecutors.

AMY GOODMAN: Well, we’re going to have to leave it there, but we will link to your report. Graham Kates, deputy managing editor of The Crime Report. His investigation is called “Environmental Crime: The Prosecution Gap.” We’ll link to it at democracynow.org. 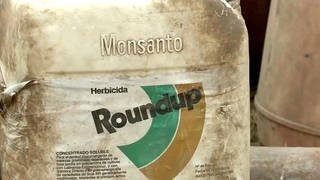