Will Trump’s Immigration Crackdown Be a “Cash Machine” for Military & Private Prison Contractors?

By now, global markets have rebounded after plummeting upon the news of Trump’s victory. Stocks of some companies surged, including the largest private prison contractor, Corrections Corporation of America—which recently changed its name to CoreCivic—whose shares are up 43 percent since Trump’s victory. GEO Group, another private prison contractor, is up 21 percent. Meanwhile, stocks also surged for many military contractors, including Raytheon, General Dynamics, Lockheed Martin and Boeing. We speak with William Hartung, director of the Arms and Security Project at the Center for International Policy, and Seth Freed Wessler, reporter with The Investigative Fund who has been following private detention centers.

JUAN GONZÁLEZ: By now, global markets have rebounded after plummeting upon the news of Trump’s victory. Stocks of some companies surged, including the largest private prison contractor, Corrections Corporation of America, which recently changed its name to CoreCivic, and is up 43 percent since Trump’s victory. GEO Group, another private prison contractor, is up 21 percent. Meanwhile, stocks also surged for many military contractors, including Raytheon, General Dynamics, Lockheed Martin and Boeing.

WILLIAM HARTUNG: Well, the contractors paid attention to what Trump was saying. And he gave a speech in October talking about increasing Pentagon spending—bigger Navy, bigger Army, bigger Marines, bigger Air Force, a Star Wars program. And it was pretty much tied to a proposal by the Heritage Foundation, which, as you mentioned, would cost close to a trillion dollars more over the next 10 years than the huge amount the Pentagon already had in store for itself. So they’re popping champagne corks. There was an article by Loren Thompson, who’s basically a paid flack for the industry masquerading as a journalist, who said, “Happy days are here again” for the defense industry. So I think our job is to make sure that that is not the case.

JUAN GONZÁLEZ: But how does Trump skew that with his claims that he’s against many more military interventions by the United States and these regime change policies of the Obama policy?

WILLIAM HARTUNG: Well, there’s no real logic, as is often the case, with Trump. He claims he doesn’t want regime change. He claims he can make the Pentagon more efficient. He wants allies to spend more. That would logically lead to lower Pentagon spending. But he’s kind of tied in with the neocons, with the industry. He seems to be taking a Ronald Reagan peace-through-strength argument. You can never spend enough on the Pentagon, then you decide how to use it. So, he’s made—he’s made the Pentagon a cash machine again for contractors. And I think, you know, those contradictions might be useful in trying to peel off some of his supporters, the ones who are reachable, to oppose some of these policies.

SETH FREED WESSLER: Well, immediately after it was clear that Trump had won, we saw the private prison companies CCA and GEO Group, their stocks just soar. And those are not things that happen out there in the economy on their own. They happen because people know that Donald Trump has run a campaign consistently describing what he will do and how he will treat immigrants. He’s been, actually, fairly clear about that. He said that he will deport millions of people. He says that he will repeal Obama’s executive actions that protect young undocumented immigrants, so-called DREAMers, from deportation. All of these people will be like—could be detained, if picked up by immigration authorities. And the size of our detention system is poised to grow.

The Trump campaign has also said that it wants to impose new mandatory minimum sentences on people who re-enter the country after deportation, adding—requiring that people who return to the United States are handed years-long sentences for that act of crossing the border, which, if legislation like that passes, will result in, you know, multiple new prisons having to be built. The Obama administration recently ordered the department—the Bureau of Prisons to begin closing federal private prisons. That’s very likely not to happen under a Trump administration. We’re likely to see the opposite of that: a growing population of noncitizens locked up in federal criminal facilities and immigration detention facilities. In the United States, federal private prisons are used to hold immigrants, both in the criminal side and in the civil detention side. Both of those systems are poised to grow, because Donald Trump has consistently promised to deport more people, to round people up.

And these are real threats. Communities around the country are gearing up to face a level of attack by Immigration and Customs Enforcement, restarting of things like workplace raids and using local police departments to nab undocumented immigrants and deport them, no matter what they have done or what they’re accused of. We now have news that Kris Kobach has joined the transition team for—

SETH FREED WESSLER: The Kansas secretary of state, who helped draft and push SB 1070 in Arizona, the law that has now been fought back in the courts. That sort of law, that allowed local police—it required local police to just ask everybody about their immigration status, made it a crime to be undocumented, that is the kind of thing that the federal government could do by itself all over the country.

AMY GOODMAN: So, when Trump becomes president, he could just reverse the Justice Department order to work with for-profit prisons in the federal system?

SETH FREED WESSLER: Yeah, it’s basically at this point going to be a question about how much space the Bureau of Prisons needs to lock people up. And if Trump gets what he wants, if he is locking up more noncitizens, the Bureau of Prisons is going to continue—very likely going to continue using that space. Now, there is an order in place. Obama has—the Justice Department has told the Bureau of Prisons to close these prisons, and there are several months now when some of these prisons could be emptied and closed. But what we just saw, under Obama, is that Immigration and Customs Enforcement, which has now been expanding the size of its detention system already, went in and started using one of those very federal prisons that the Bureau of Prisons just shut down. And I think we’re likely to see more of that: prisons that might have been closed being repurposed or being used as they already were.

AMY GOODMAN: Seth Freed Wessler, we want to thank you for being with us from The Investigative Fund. William Hartung, director of the Arms and Security Project at the Center for International Policy. 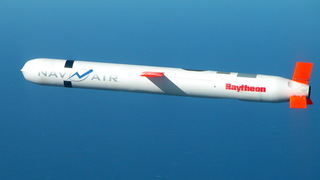