Hamilton Electors Have a Message for Donald Trump: “You’re Fired” 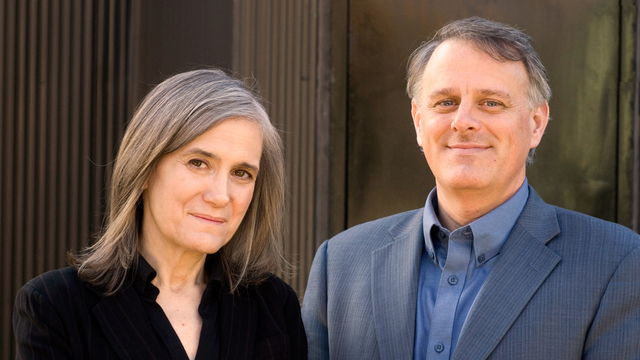 Donald Trump continues to shock the world as he endlessly fires off derogatory, lie-laden tweets and nominates generals and fossil-fuel zealots to his Cabinet posts. Hillary Clinton’s lead in the popular vote has climbed to 2.8 million votes, yet Trump retains his lead in electoral votes with 306 to Clinton’s 232. The disparity has many questioning the existence of the Electoral College, just as Trump did on election night in 2012, when he mistakenly thought Mitt Romney was winning the popular vote but losing to Barack Obama in the electoral vote count. Trump tweeted, “The electoral college is a disaster for a democracy.” Oddly, now, many among those who reject Trump’s victory see the Electoral College as the last salvation to block Donald Trump from taking office.

The Electoral College meets Dec. 19, when its 538 members cast their votes. The hope of many Trump opponents is that at least 37 Republican electors, slated to vote for Trump, will vote for someone else. This would leave Trump with 269 electoral votes or less, not enough to be declared president. The decision to choose the president would then fall to the U.S. House of Representatives. This extraordinary twist in presidential politics has only happened once in U.S. history, back in 1824.

The Electoral College was established with the ratification of the U.S. Constitution in 1789, and refined by the 12th Amendment in 1804. In essence, people on Election Day don’t directly elect the president; rather, the people vote on how their state’s electors will cast their votes. In most of the 50 states, it’s a winner-take-all process: Whoever wins the popular vote in a given state gets all that state’s electoral votes.

Alexander Hamilton, the inspiration for Lin-Manuel Miranda’s Broadway hit musical, has also inspired a group of electors. They call themselves Hamilton Electors, since it was their namesake who wrote, in The Federalist Papers No. 68, explaining the Electoral College, “The process of election affords a moral certainty, that the office of President will never fall to the lot of any man who is not in an eminent degree endowed with the requisite qualifications.” Hamilton warned that “Talents for low intrigue, and the little arts of popularity” could be used to win the presidency. “A small number of persons, selected by their fellow-citizens from the general mass,” Hamilton wrote, describing the role of electors, “will be most likely to possess the information and discernment requisite to such complicated investigations.”

One Hamilton Elector is Christopher Suprun, a Republican from Texas. He is a paramedic firefighter, and was a first responder in lower Manhattan on Sept. 11, 2001. “Mr. Trump has proven again and again he is not qualified for the office,” Suprun told us on the “Democracy Now!” news hour. “He is a complete demagogue.” Reflecting on the national unity he saw after 9/11, Suprun added: “I see from Mr. Trump again and again attacks on First Amendment, attacks on his critics. … Anyone who he doesn’t believe is appropriate or worthy or perhaps the right color, he attacks them. That’s not America, and that’s not what we want as a nation.” Suprun also is deeply concerned about Trump’s pervasive conflicts of interest, saying that “every time he calls another country, it’s to sell a Trump property.”

Constitutional-law professor Lawrence Lessig has launched an organization, ElectorsTrust.org, to provide “free and strictly confidential legal support to any Elector who wishes to vote their conscience.” He told NBC’s “Meet the Press” on Sunday, “We now believe there are more than half the number needed [ 37 ] to change the result seriously considering making that vote.”

While Lessig is protecting the privacy of those electors who have contacted him for legal representation, another group has been very public. Following news of a CIA report claiming that Russia employed hacking in an attempt to influence the U.S. presidential election in favor of Trump, a group of 10 electors, including Suprun, sent a letter to Director of National Security James Clapper, requesting an unprecedented security briefing on the details. Christine Pelosi, the daughter of Congresswoman Nancy Pelosi, is the letter’s principal author. “It’s our constitutional duty as members of the Electoral College to make an assessment that we had a free and fair election without undue foreign influence,” she told us on “Democracy Now!” Since releasing the letter, at least 46 additional electors, all Democrats, have signed on to it. To date, these electors have not heard back from Clapper.

It’s a long shot to expect that 36 Republican electors will join Christopher Suprun in voting their conscience, against their party, against Donald Trump. But then again, it was completely unexpected when Trump captured the Electoral College majority on Nov. 8. We are living, as Lin-Manuel Miranda’s Hamilton sings, in “the world turned upside down.” 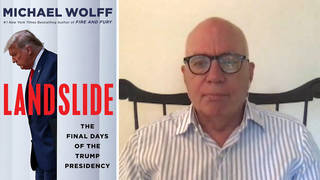 “Landslide”: Michael Wolff on Trump’s Final Days in Office & Why He Still Rules the Republican Party