In Part 2 of our conversation with Mujahid Farid, lead organizer with the group Release Aging People in Prison, he says Gov. Cuomo has previously promised parole board reforms and should deliver immediately in light of a recent prisoner suicide. Farid himself was released from prison in 2011 after serving 33 years on a 15-to-life sentence.

StoryJun 03, 2016“A School for Suicide”: How Kalief Browder Learned to Kill Himself During 3 Years at Rikers Jail

AMY GOODMAN: This is Democracy Now!, democracynow.org, The War and Peace Report. I’m Amy Goodman, with Juan González, as we go to Part 2 of our conversation with Mujahid Farid, who was released from a New York state prison in 2011 after serving 33 years on a 15-to-life sentence. He is now lead organizer with RAPP. That’s Release of Aging People in Prison. The group recently organized a protest after last week’s suspected suicide of John MacKenzie, a 70-year-old New York prisoner. MacKenzie reportedly hung himself in his cell at Fishkill Correctional Facility after he was denied parole the previous week. It was his 10th denial of parole since he became eligible in 2000. MacKenzie was serving a 25-years-to-life sentence for the murder of a police officer in 1975. Not long after he entered prison, he helped establish a Victim Awareness program that helped other prisoners better understand the impact of their actions by meeting with crime victims. He continued this type of work for decades. And in 2014, John MacKenzie filed a lawsuit that argued the New York Parole Board was violating state law by failing to consider his remorse and achievements, as well as tests that showed he had the low risk of committing a crime, if released.

Just a day before MacKenzie committed suicide, he spoke with our guest, Mujahid Farid. Can you talk about what you feel needs to be done with the New York Parole Board and the criminal justice system?

MUJAHID FARID: Well, the major issue, in our estimation, is the fact that Governor Cuomo, Andrew Cuomo, has perfected the art of talking out of both sides of his mouth, that in his last State of the State message, or the packet that he prepared for that State of the State, he mentioned that he really wanted to make some reforms with this broken parole system in the state. And yet, we note that six of the parole commissioners on the Parole Board were actually Pataki appointees who, during the time of their appointment, received marching orders to pretty much deny parole applications across the board, and they have continued in that kind of conduct. And Governor—

JUAN GONZÁLEZ: Has there been any change in the number of times, for instance, that a parole board does grant parole since Cuomo came in as governor? Or is it basically the same people doing the same thing?

MUJAHID FARID: It’s basically—yeah, basically the same people doing the same thing. We have only seen really two commissioners on the Parole Board that have been pretty progressive and have tried to be mavericks and break that mold and release people that they consider to be deserving.

JUAN GONZÁLEZ: And, of course, under Pataki, as I recall, there were all these scandals about the parole boards granting paroles to people who had influential connections—

JUAN GONZÁLEZ: —and that it was being used basically as another form of patronage almost.

MUJAHID FARID: Yes, yes, I recall that happening. But even then, though those people that had some money may have had the opportunity to make parole, across the board we saw a dive in the amount of people being released on parole, especially people that had been convicted of violent offenses.

AMY GOODMAN: —that asks him to issue an advisory opinion to the Parole Board to ensure it, quote, “adequately considers the case of each incarcerated individual that is eligible for parole.” What are you calling for the New York attorney general, Schneiderman, to do?

MUJAHID FARID: We’re calling on him to weigh in on the situation, as he is the attorney responsible for interpreting the laws of the state. As a matter of fact, it’s his office that automatically—pretty automatically indemnifies these people when they’re being sued or challenged in court. So his office represents them. And we know of a surety that he’s concerned about this issue of mass incarceration. So we are trying to get public officials to petition him to weigh in on this problem and to give the Parole Board some direction as to the need to change their ways.

JUAN GONZÁLEZ: And has there been any response from Schneiderman on this?

MUJAHID FARID: What’s happening is this letter is currently being submitted to him. And we have a few other senators that have agreed, that made a commitment, committing also to submit letters to him. We have about four of five senators that have already agreed to do this.

AMY GOODMAN: So, you have John MacKenzie’s suicide right after—

AMY GOODMAN: —once again, his parole was denied. He was considered a model prisoner. He had served more than 40 years. The judge in the case, again, we talked about in Part 1 of the conversation, an exasperated New York Supreme Court judge, Maria Rosa, wrote, “It is undisputed that it is unlawful for the parole board to deny parole solely on the basis of the underlying conviction. … Yet the court can reach no other conclusion but that this is exactly what the parole board did in this case.” You spoke with John MacKenzie a day before he died, and you—how did you encourage him? And did you see this happening? Did you see him lose all hope?

MUJAHID FARID: No. I spoke with him the day before. After the suicide, I spoke with people that housed right near him. Someone that housed next door to him called. And none of them said that they saw the suicide coming. I knew that he was very despondent. He was broken over the fact over what happened at that recent Parole Board. But I definitely didn’t see him committing suicide. In fact, I continued to encourage him that there was still hope, that he had a lot going for him. Solely on the fact that how contemptuous—in fact, I’m calling it criminal conduct, that this commissioner, William Smith, actually sat on that board in defiance of the contempt order.

JUAN GONZÁLEZ: And, again, could you talk a little bit more about the aging of the population, because even as the overall prison population has been dropping in New York state, the number of inmates over 65 has exploded.

MUJAHID FARID: Absolutely. There was an inverse relationship over the last, I would say, 12 or 13 years. The overall population was downsized by 23 percent, 22 percent. And during that same 12-year period, the population of people 50 years of age and older actually increased by 83 percent, 84 percent.

JUAN GONZÁLEZ: And so, what is it—how is the prison system dealing with the aging of its population?

MUJAHID FARID: They’re sticking their head in the sand like an ostrich.

AMY GOODMAN: You know, you got out of prison after 33 years.

AMY GOODMAN: You could just leave it all behind you now and do something else, not be making prison and those who you left behind your life work. Why do you continue to do this?

MUJAHID FARID: Well, I said earlier that I didn’t take it personally. I understood that it was a policy, broader, affecting a lot of people. I left the system noting that a lot of people was being impacted just as I was. And on a certain level, I do take it personally. I feel that now, because of what was done to me, I need to try to do what I can to correct their situation.

AMY GOODMAN: Well, I want to thank you very much for joining us. Mujahid Farid, released from a New York state prison in 2011 after serving 33 years on a 15-to-life sentence, now lead organizer of RAPP, Release of Aging People in Prison. Their motto, “If the risk is low, let them go.” Farid and RAPP were recently profiled by Renée Feltz in The Indypendent. We’ll link to that piece. This is Democracy Now! I’m Amy Goodman, with Juan González. Thanks for joining us.

“A School for Suicide”: How Kalief Browder Learned to Kill Himself During 3 Years at Rikers Jail 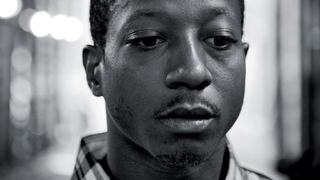 “A School for Suicide”: How Kalief Browder Learned to Kill Himself During 3 Years at Rikers Jail