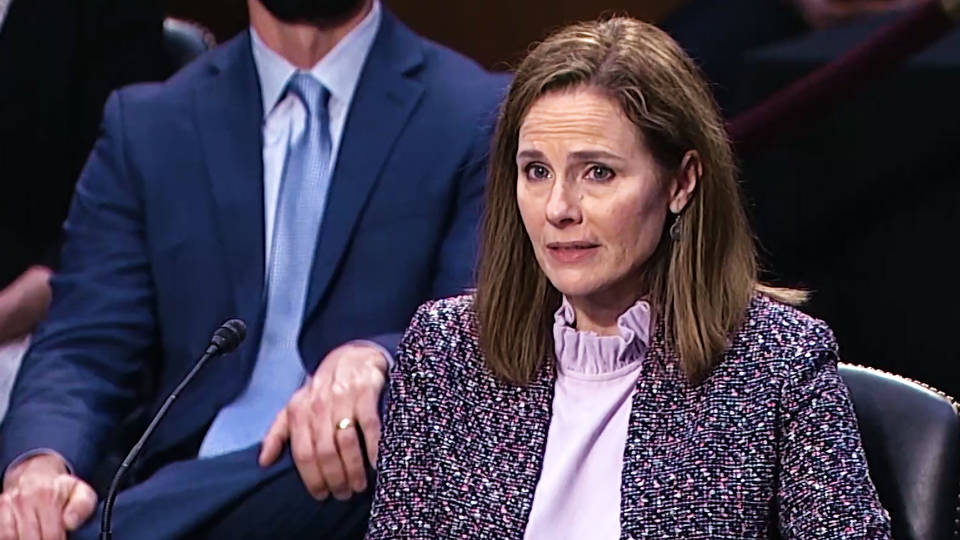 During two days of hearings, Amy Coney Barrett repeatedly refused to answer questions about her views on abortion and the future of Roe v. Wade, despite her public record opposing reproductive rights. In 2006, Barrett signed a newspaper advertisement that stated, “It’s time to put an end to the barbaric legacy of Roe v. Wade and restore laws that protect the lives of unborn children.”

One unusual moment from Wednesday’s hearing occurred when Republican Senator Thom Tillis questioned Barrett about voting in the upcoming election.

Sen. Thom Tillis: “I, for one, hope that every registered voter in this country vote on November 11th. That may be a stretch goal, but do you agree with that?”