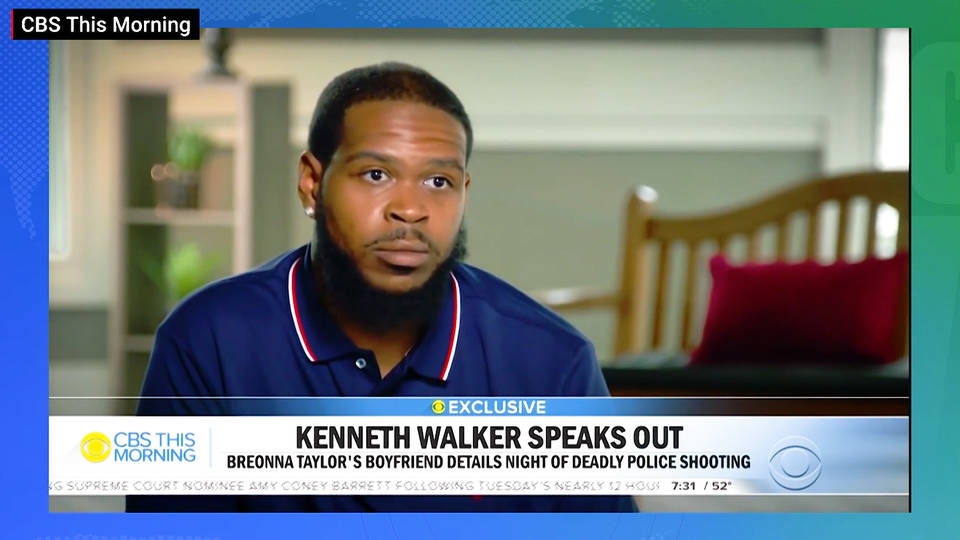 In Louisville, Kentucky, Breonna Taylor’s boyfriend Kenneth Walker said Wednesday that police officers did not attempt to save Taylor as she lay dying in her own home after she was struck by a hail of police gunfire last March. Walker also told CBS’s Gayle King that no one identified themselves in the deadly no-knock police raid that led to Breonna Taylor’s death.

Kenneth Walker: “There was a loud bang at the door. Nobody was responding, when we were saying, 'Who is it?'”

Gayle King: “You know, the police say that they said several times, ’It’s the police.’”

Kenneth Walker: “If they knock on the door and say who it was, we could hear them. It was dead silent. I know, a million percent sure, that nobody identified themselves.”

This comes less than a month after a grand jury failed to charge any of the three officers who conducted the raid with the killing of Breonna Taylor. On Wednesday, a second grand juror joined a motion to lift the gag order on the grand jury proceedings in order to speak publicly about the decision.