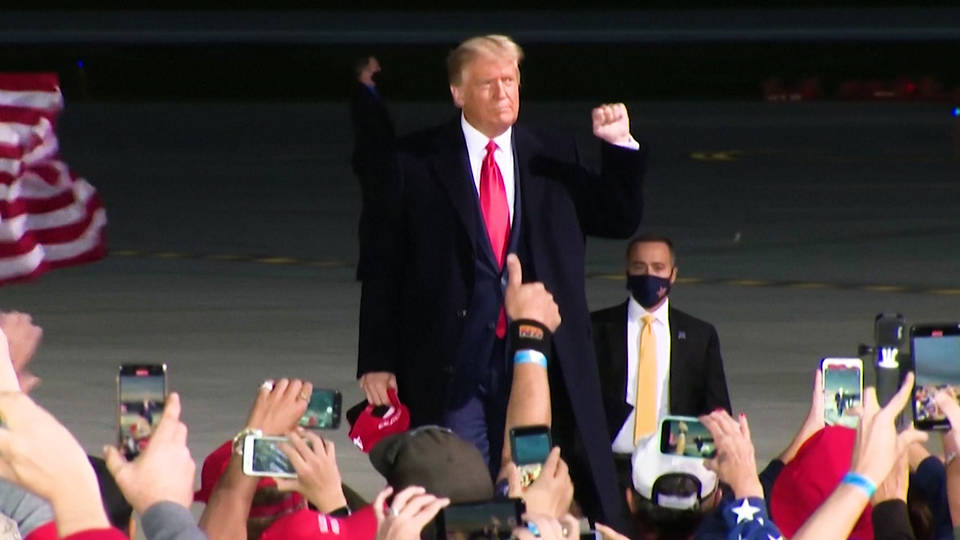 On the campaign trail, President Trump continued to defy the urgent warnings of his own public health officials as he rallied thousands of maskless supporters Wednesday at a packed campaign rally at the airport in Des Moines, Iowa. A billboard along the way to the rally featured an arrow pointing toward the airport with the words “Trump COVID Superspreader Event” in white letters over a red background.

Trump’s rally came as Iowa hit a record level of COVID-19 hospitalizations, with outbreaks at more than 60 long-term care facilities and test positivity rates above 20%. Iowa is considered a “yellow zone” by the CDC, and according to the Trump administration’s own guidelines, public gatherings should be limited to 25 people or less.