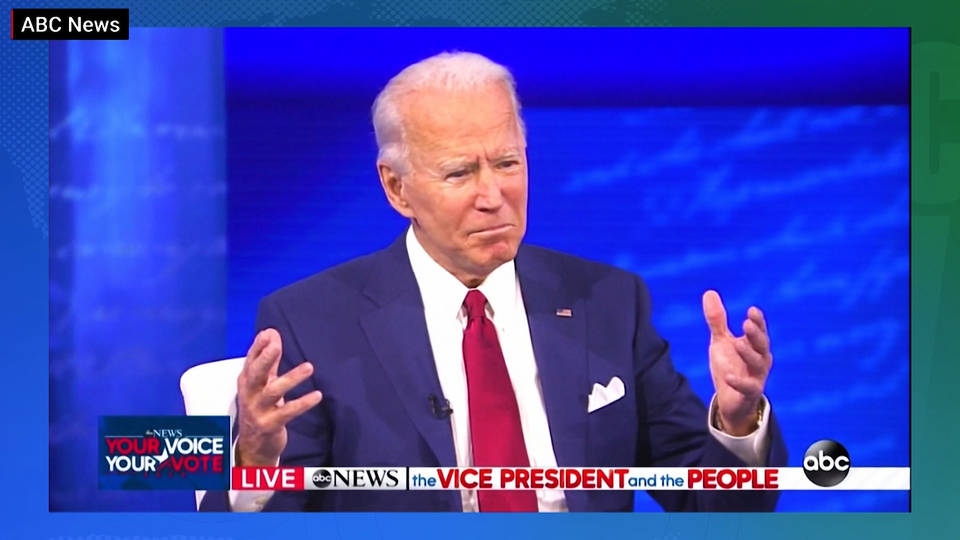 In North Carolina, voters queued in lines for up to four hours Thursday as early voting got underway. With less than three weeks to go before Election Day, a record 17 million people have already cast ballots — some 15% of the U.S. electorate, many of them in battleground states like Pennsylvania, Florida and Texas.

On Thursday night, Democratic presidential nominee Joe Biden appeared on ABC for a “town hall” event scheduled by the campaign after President Trump refused to hold a second debate with Biden remotely after Trump tested positive for COVID-19. During the 90-minute event, Biden blasted Trump over his handling of the pandemic and urged people to wear masks and follow other public health measures. Biden also defended elements of his 1994 crime bill, which led to mass incarceration in the U.S., and he said local police departments should be reformed and better funded — not defunded or dismantled.

Joe Biden: “We shouldn’t be defunding cops. We should be mandating the things that we should be doing within police departments and make sure there’s total transparency.”