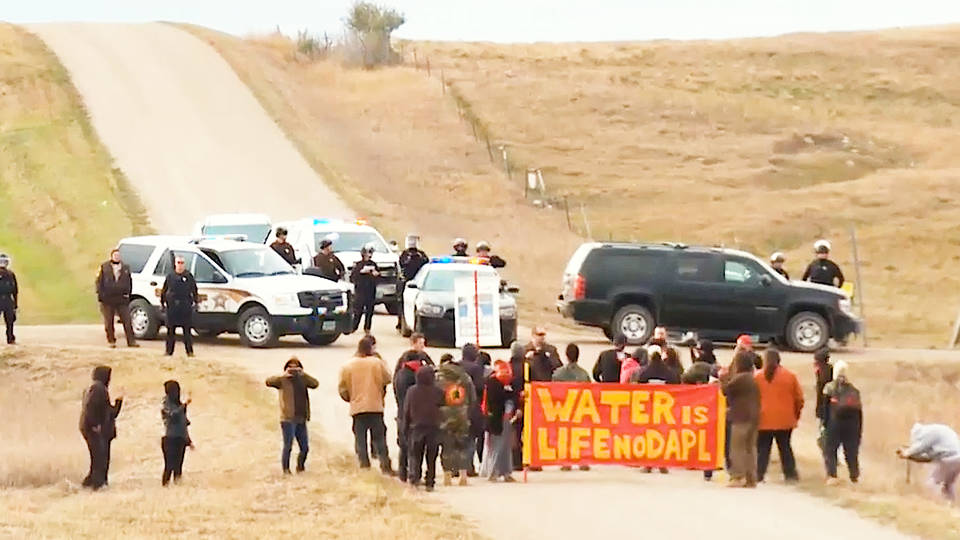 In a major victory for environmentalists and indigenous water protectors, a federal judge ruled Wednesday that the U.S. Army Corps of Engineers violated the National Environmental Policy Act when it permitted construction of the Dakota Access pipeline. The court ruled the corps failed to resolve concerns by the Standing Rock Sioux about the potential impacts of oil spills, and ordered the Trump administration to prepare a full environmental impact statement on the pipeline.

Standing Rock Sioux Tribal Chair Mike Faith celebrated the ruling, writing, “It’s humbling to see how actions we took four years ago to defend our ancestral homeland continue to inspire national conversations about how our choices ultimately affect this planet. Perhaps in the wake of this court ruling the federal government will begin to catch on, too.”