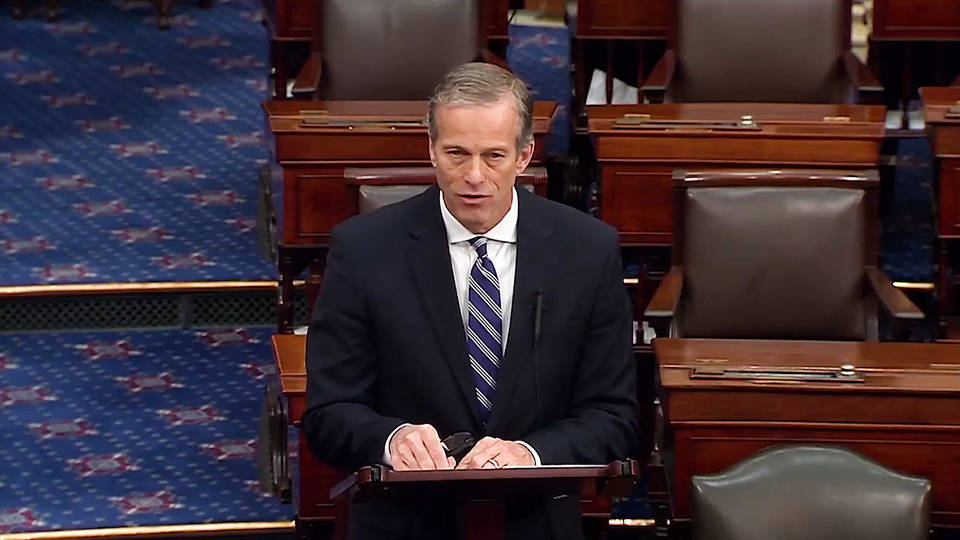 The Senate’s historic vote just before midnight Wednesday was 96 to 0, with four senators absent. Just minutes before the roll call, Republican Senator John Thune announced he was feeling ill and would return to his home in South Dakota. Three other senators were also absent due to the coronavirus: Rand Paul of Kentucky, who has tested positive, and Utah Senators Mike Lee and Mitt Romney, who are in self-quarantine.