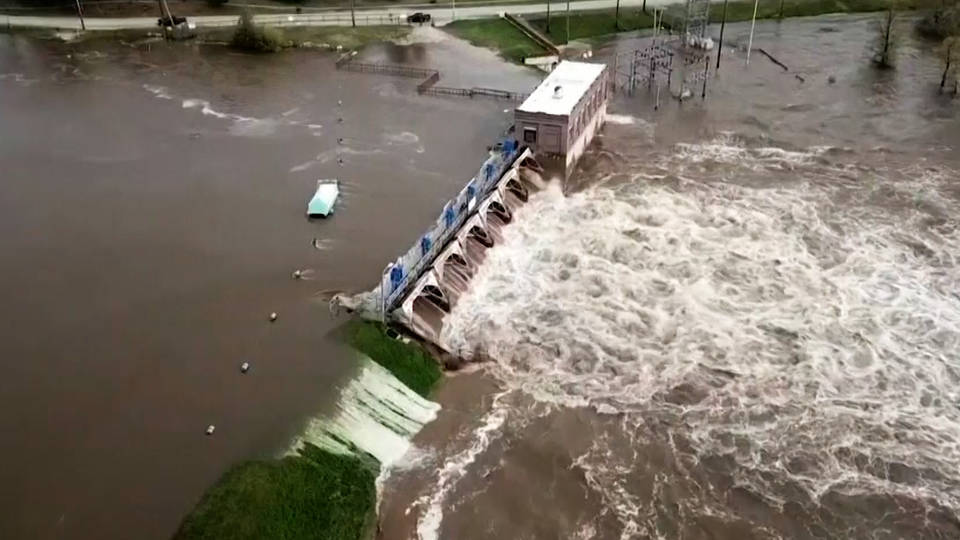 Michigan is facing a potential environmental disaster as floodwaters from two breached dams threaten the headquarters of Dow Chemical and nearby Superfund toxic cleanup sites. Dow has used the Midland, Michigan, complex for decades to produce Saran Wrap, Styrofoam, Agent Orange, mustard gas and other products. On Wednesday, Dow acknowledged there were floodwaters commingling with on-site toxic containment ponds at its facility. Dow’s complex also houses a small nuclear reactor used for research. The New York Times reports Dow filed an “unusual event” report with the federal Nuclear Regulatory Commission overnight citing the heavy flooding. The crisis in Michigan began on Tuesday when a pair of dams breached after two days of heavy rain.