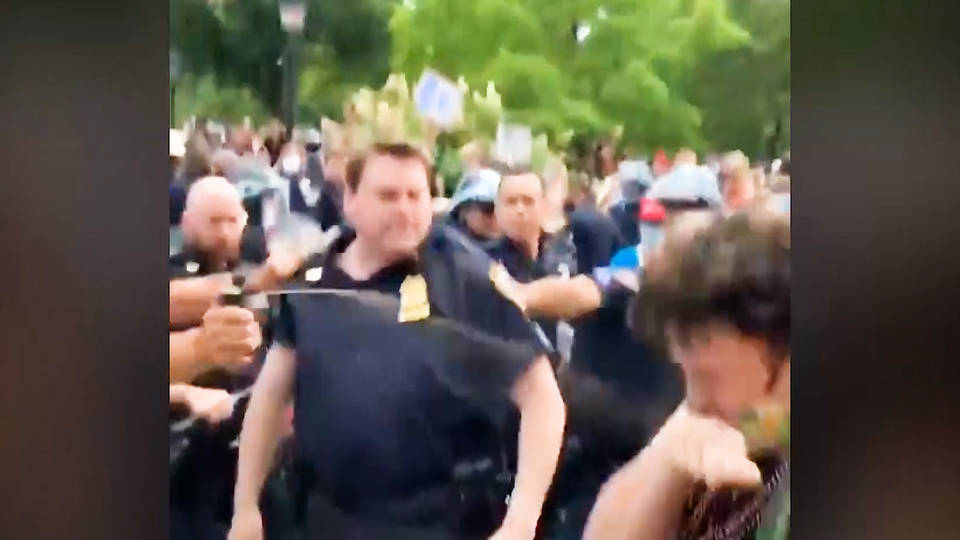 In New York, thousands took to the streets Sunday for the second annual Queer Liberation March. Protesters carried signs that read “Black Trans Lives Matter” and “Defund the Police,” and held banners with the names of transgender people who have been killed. The march made its way through the streets of Lower Manhattan to the legendary Stonewall Inn, gathering near Washington Square Park, where police officers descended on the crowds, unleashing pepper spray and arresting at least four people. This weekend marked the 51st anniversary of the Stonewall riots, led by Black and Brown trans women, which sparked the modern-day LGBTQ movement. The Queer Liberation March emerged last year as an alternative to the corporate-sponsored LGBTQ Pride Parade, which was held virtually this year due to the pandemic.