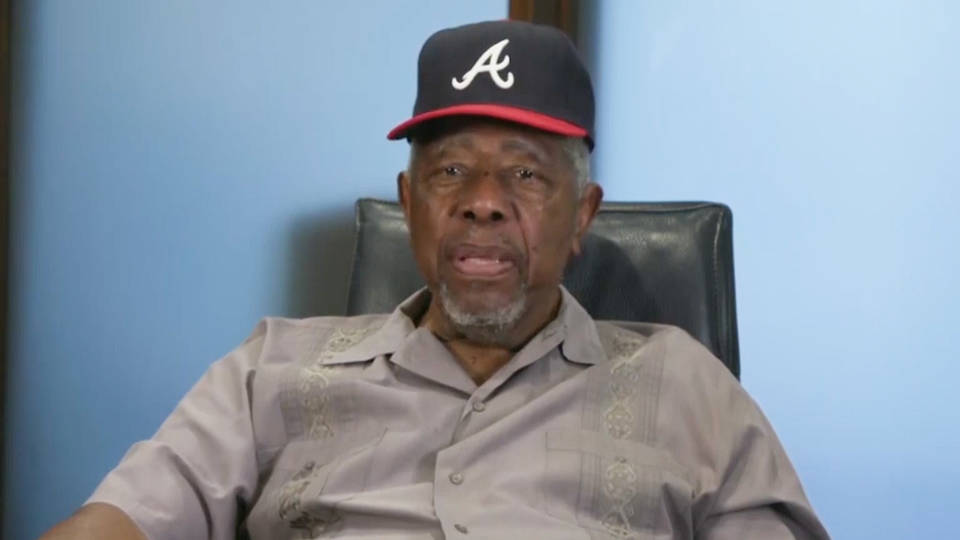 In sports news, the Negro National League is celebrating its 100th anniversary. It was formed in 1920 in response to the exclusion of Black players in Major League Baseball. Some of baseball’s greatest stars and pioneers, including Jackie Robinson, Willie Mays, Ernie Banks and Roy Campanella, played for the Negro Leagues before the MLB allowed any Black players to join in 1947. This is Baseball Hall of Famer Hank Aaron. Aaron was signed with the Negro Leagues’ Indianapolis Clowns in 1951 when he was just 17 years old. He then played in the Major Leagues for over 20 years, famously breaking Babe Ruth’s home run record.

Hank Aaron: “I got my start in the Negro League, and I will be forever grateful. Thank you. Congratulations.”

That was Baseball Hall of Famer Hank Aaron “tipping his cap” as part of the “Tip of the Cap” campaign honoring pioneering Black baseball players.