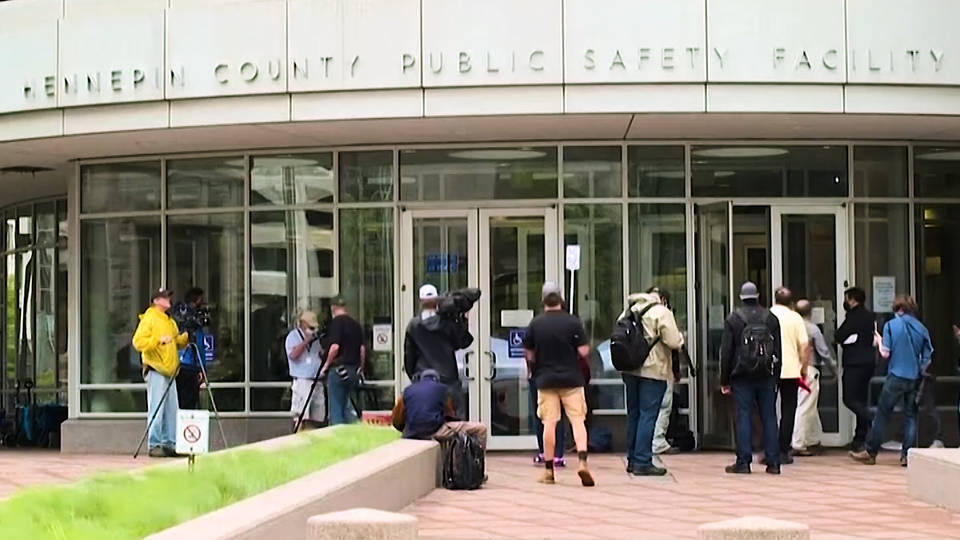 In Minneapolis, three of the four police officers who are charged in the killing of George Floyd appeared in court Monday, where a judge scheduled a tentative March date for their trial. Derek Chauvin, who kneeled on Floyd’s neck until he stopped breathing and died, appeared remotely from prison. Outside the courthouse, George Floyd’s aunt, Angela Harrelson, spoke to reporters.

Angela Harrelson: “Going through the process is frustrating, and hoping for justice, because we don’t know. So I think my nephew’s case is going to be a fight. This is going to be a heavy fight.”

Last week, eight correctional officers of color at the Ramsey County Jail, where Chauvin was first held, filed discrimination charges with the Minnesota Department of Human Rights after all guards of color were barred from the floor where Chauvin was initially booked. They also allege Chauvin was given special treatment during his stay at the jail.