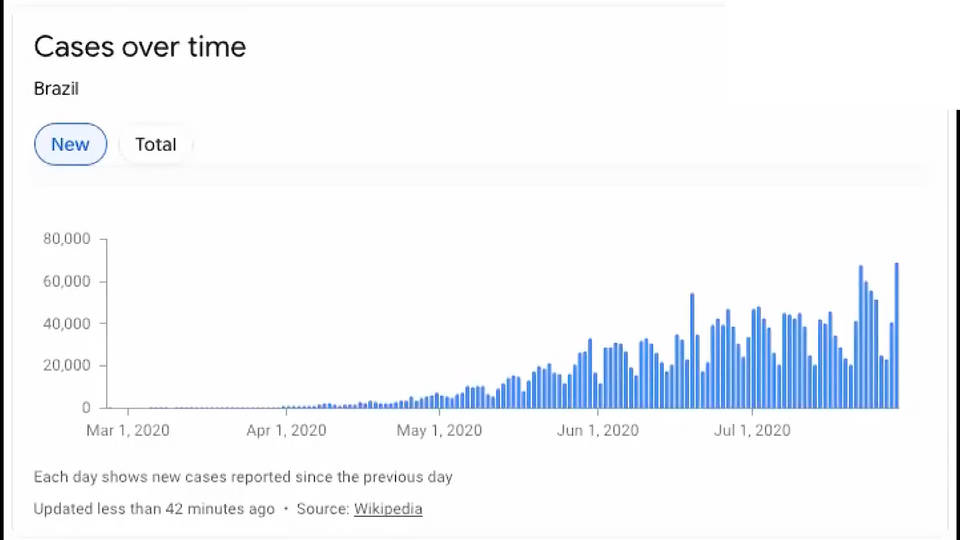 Internationally, confirmed coronavirus deaths have topped two-thirds of a million, with more than 17 million cases reported.

Brazil reported a record one-day death toll of nearly 1,600 Wednesday, even as far-right President Jair Bolsonaro lifted a ban on foreign travelers and demanded a rollback of other public health measures. Brazil’s official death toll is 90,000, though public health experts say the true number is likely much higher.