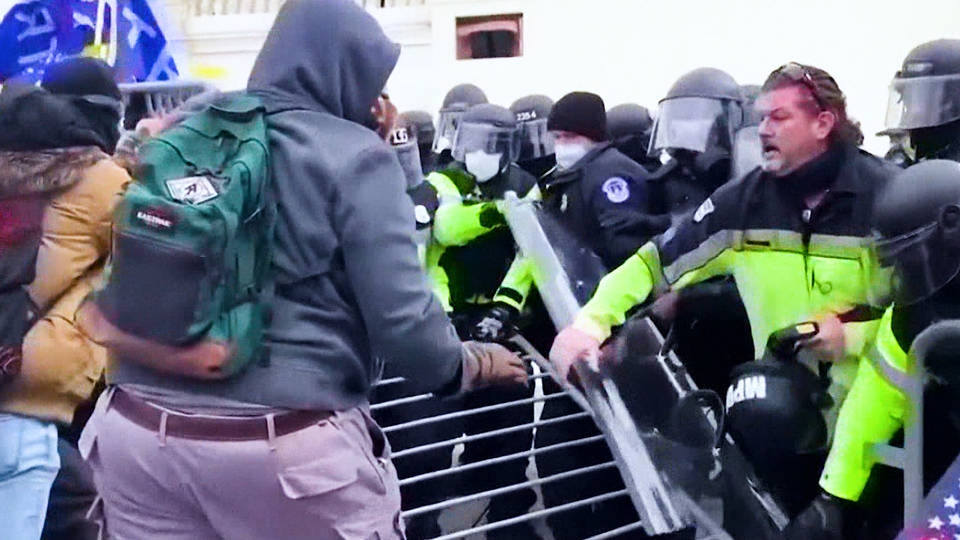 The Washington Post is reporting the FBI explicitly warned of violence and “war” at the U.S. Capitol in an internal report issued one day before last Wednesday’s deadly invasion. The report cited online posts, including one which said, “Congress needs to hear glass breaking, doors being kicked in, and blood from their BLM and Pantifa slave soldiers being spilled. Get violent. Stop calling this a march, or rally, or a protest. Go there ready for war. We get our President or we die.” “Pantifa” is a derogatory reference to antifa, or anti-fascist, protesters.

The military’s Joint Chiefs of Staff has issued a rare joint message condemning the riot at the U.S. Capitol. Chair of the Joint Chiefs of Staff Mark Milley signed on to the letter, which reads in part, “The rights of freedom of speech and assembly do not give anyone the right to resort to violence, sedition and insurrection.”