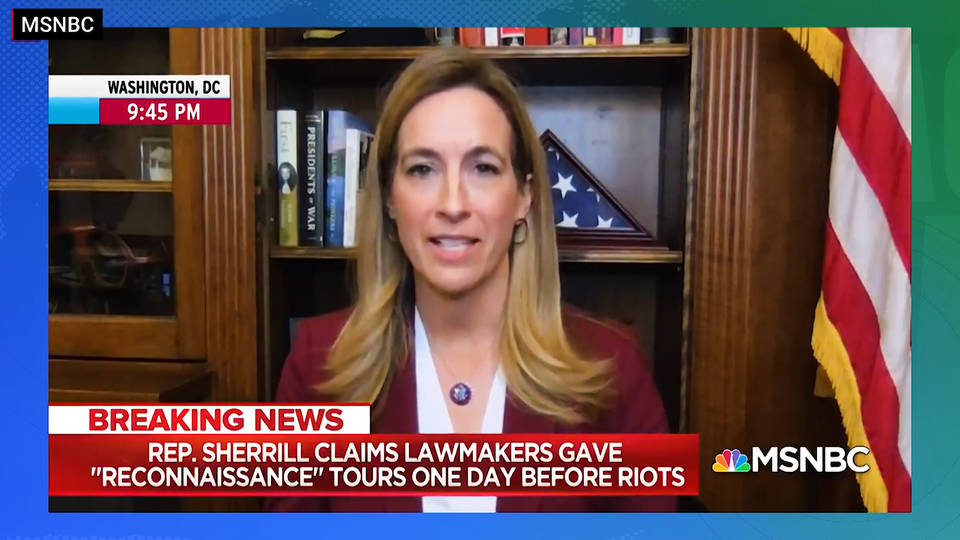 House Democrats are demanding an investigation into whether Republican lawmakers gave “reconnaissance” tours to far-right insurrectionists ahead of the January 6 riots at the Capitol. Congressmember Mikie Sherrill of New Jersey, who narrowly escaped the rampaging mob on January 6, says she witnessed an extremely high number of outside groups in the Capitol complex on January 5, at a time when the building was mostly closed to visitors due to the pandemic. Congressmember Sherrill spoke to MSNBC.

Rep. Mikie Sherrill: “I was flat on the ground as other members were calling loved ones because they thought that might be the last phone call they made. To imagine that colleagues of mine could have aided and abetted this is incredibly offensive, and there is simply no way that they can be allowed to continue to serve in Congress.”

Meanwhile, House Speaker Nancy Pelosi has scheduled a vote on whether to fine lawmakers who evade metal detectors up to $10,000 per infraction. This week, at least a dozen Republican House members were seen walking around magnetometers or ignoring Capitol Police after setting them off. Among those flaunting the rules was QAnon-supporting freshman Republican Lauren Boebert of Colorado, who has pledged to carry her Glock pistol with her at all times. She tweeted, “I am legally permitted to carry my firearm in Washington, D.C. and within the Capitol complex.” The statement is false; under House rules, firearms are restricted to a congressmember’s office.