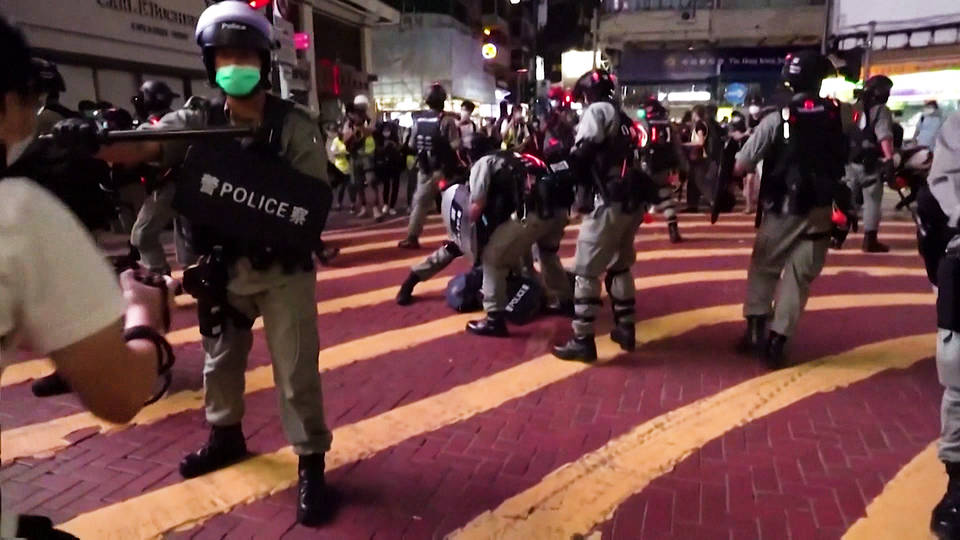 In Hong Kong, police raided and arrested 11 more people under the national security law as the crackdown on opponents of one-party rule continues. The detained are accused of helping 12 activists attempt to flee to Taiwan by speedboat in August. Human Rights Watch said China had an “appalling year” of human rights violations in 2020, citing the situation in Hong Kong, the treatment of Muslim Uyghurs and the silencing of reports about the coronavirus. This is Human Rights Watch researcher Yaqiu Wang.

Yaqiu Wang: “Since President Xi Jinping came to power, the repression has gone worse and worse overall. Like, on every aspect of the Chinese society, you can see how the party is becoming more and more intolerant of any kind of, like, independent activity.”

Human Rights Watch also slammed the United States in its annual report, with Director Kenneth Roth saying, “Trump has been a complete disaster for human rights.”